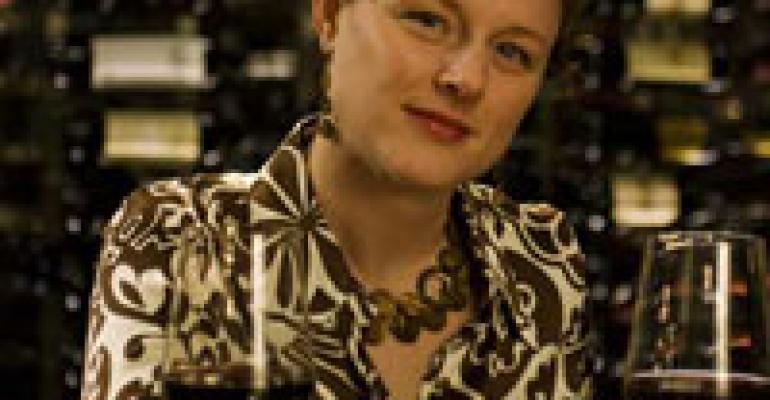 Bring-your-own-wine promos bring in the customers

Hoping to attract guests at slow times, win the favor of wine aficionados, or both, some restaurant operators are running variations on the theme of bring-your-own-bottle complimentary corkage promotions.

Corkage, the fee restaurants add to the check for opening and serving a bottle of wine that a guest brings into the restaurant, is intended to cover not only the immediate service, but also some of the collateral costs of a wine program. That can include buying, washing and polishing stemware and cellaring wines in temperature-controlled conditions for years.

Many restaurants charge between $15 and $30 per bottle for corkage, but depending on the scale of the restaurant and the wine program, it can be much higher. Operators have long used corkage-free nights to create interest at slack business times and break up the routine for both customers and servers.

“We tend to be quite a lot busier on the nights when we have free corkage,” said Shannon Fristoe, general manager and sommelier of Bayona, a fine dining restaurant in New Orleans. There, an annual corkage-free event called Let Them Drink Wine occurs in mid-July for a few days around Bastille Day. Not coincidentally, summer is very slow for dining in the Big Easy, Fristoe noted.

Similarly, drumming up business is the rationale for Corks Fly Free, a summer-long promotion at San Francisco-based Kimpton Hotels & Restaurants. Its restaurants coast to coast, where permitted by law, are pouring patrons’ bottles for free through September 6.

“Some people see corkage as a way to save money on the restaurant’s wine markup,” said Emily Wines, Kimpton’s master sommelier and director of wines. “But others view it as an opportunity to have a great meal with a special bottle they have been saving.”

In the latter scenario, ideally the restaurant provides impeccable wine service that contributes to an unforgettable guest experience. “We are there to provide that service and create a meal that is memorable to match that wine,” Wines said. “That’s what makes my job fun.”

At Vie, a contemporary American cuisine restaurant in Western Springs, Ill., there is never a corkage fee on a bottle of wine brought in that is at least ten years of age. On Tuesday nights, parties of six or fewer guests enjoy free corkage.

Al Tangora, business manager of Vie, credits the ten-year-old bottle idea to one of the restaurant’s prior general managers. “We jumped on that because we are a fine dining restaurant and this encourages people to bring in something from their cellar and enjoy it with a good meal,” Tangora said.

The wine professionals interviewed for this story agreed that the customer-relations and traffic-building benefits of BYOW and corkage-free promos were worth the occasional instances when patrons brought in low-end wines to avoid the markup on a bottle purchase.

“We’ve have seen some great wines, particularly in California,” Wines said. “It’s always special when people bring in old vintages. But we have also had people bring in things like Two Buck Chuck. But if that is what they want to enjoy with their meal, we encourage them to have it. They are drinking wine.”

“Along with the old Bordeaux, old Burgundies and old California wines, we’ve seen average bottles someone picked up in a grocery on the way to dinner,” Fristoe said. In addition, some wine professionals said there’s another reason they like corkage-free promos. It has to do with the generosity of their wine-loving customers.

“The people who bring in their own fine wines are usually very eager to share them with the chef-owner and their server and me, if I’m around,” Tangora said.

At Savona and Bar Savona in Gulph Mills, Pa., master sommelier Melissa Monosoff, said she was grateful to the collectors who have shared their exceptional wines with her on corkage-free nights and at special dinners and tastings. The knowledge she gained that way helped her pass the master sommelier examination, she said.

“I honestly believe I wouldn’t be where I am if I hadn’t tasted all the wines collectors have brought in over the years,” Monosoff said. “Where would I ever see half of that stuff? It definitely helped me along in my sommelier experience.”