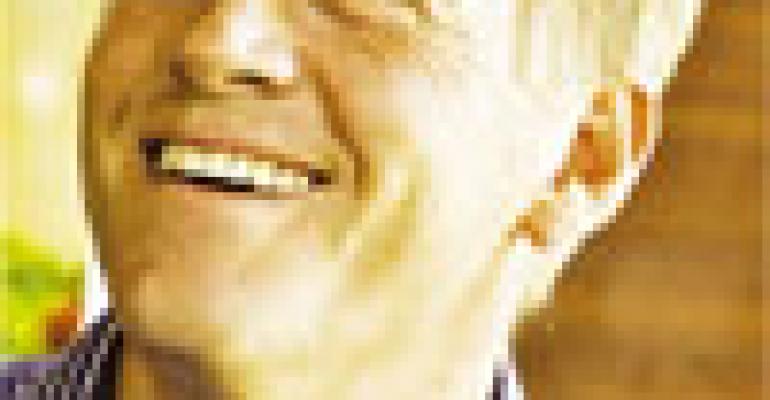 Neither Henry McGovern nor his colleagues would have guessed he’d be running the largest European franchise group in the Yum! Brands Inc. portfolio at age 41, but that’s the way it’s turned out for a man who had neither foodservice experience nor aspirations at age 24.

At the behest of Don Kendall, former chairman and chief executive of Pepsico, McGovern left the United States for Poland in 1993 to start a real estate development company. But when he was offered the opportunity to become a franchisee of Pizza Hut and KFC, which were then owned by Pepsico, he sensed it was the chance of a lifetime and seized it. In the 17 years since, he has helped build AmRest Holdings S.E. and led its expansion to 430 stores bearing Yum badges and brands such as Starbucks, Burger King and Applebee’s. AmRest’s annual sales are about $800 million.

“We started in Wroclaw, a city of about 700,000 people that had less than five restaurants of any type at the time,” said McGovern, now chief emotional officer—more on that title later—of AmRest. “I wanted to buy a building, fix it up and rent the first floor out to Pepsico.… The plan changed a lot after that.”

Pepsico’s KFC and Pizza Hut units were struggling in Wroclaw, so Pepsico offered McGovern and his partner in American Retail Concepts, or ARC, Don Kendall Jr., a joint-venture deal in the hope the duo could fix them. McGovern recalled that ARC was somewhat lucky that its first two units did very well. Challenges with the third and fourth, however, forced the pair to “develop what became our standard practice of getting the people right, getting the brand right and then building scale,” McGovern said. “That really helped us grow like we have.”

McGovern’s sunny disposition makes the effort sound easier than it was, according to friends and colleagues. Poland’s foodservice distribution network was virtually nonexistent in the early 1990s, the electrical grid was often unreliable and Western business culture was completely new to people used to government control. ARC’s first real estate purchase was in a sorry state, one of thousands of buildings sorely neglected under Communist rule. Its exterior hadn’t been painted in years, and it lacked necessary wiring for telephones and modern office equipment.

“I wanted to turn it into a Class A office building, so I asked the phone company for 100 lines for telephones and 50 for data, and the guy looked like I’d insulted him,” McGovern recalled. When he asked his translator what he’d done wrong, the translator explained, “My family has waited 15 years just for one line, and you’re asking for 150!”

Stuart Gross, McGovern’s former business partner in the States, says such challenges didn’t bother the young businessman, who just pushed onward until he got the results he sought.

“That square where he bought that first building was so dismal, so horrible to look at, and there was Henry, coming out in the middle of the night to paint it,” Gross said. “His success there was born out of pure willpower, effort and willingness to take risks.”

Graham Allen, president of Yum Restaurants International, agrees that McGovern was bold in a country where others weren’t, and that now he’s reaping the appropriate rewards.

“He built a business in Eastern Europe long before it was fashionable to be there,” Allen wrote in an e-mail. “Henry was one of a very select group who were willing to defy the odds. He believed in the potential of Poland and of Eastern Europe generally, [and] could see things that others couldn’t.”

Fortunate timing helped, too, McGovern stresses, because Poland’s youngsters were not only eager for employment, they wanted to work for Western companies. That yielded him the cream of the employment crop, which allowed him to inculcate his values to his troops.

“They were all young and willing to accept fresh ideas and new ways,” McGovern said.

As a result, AmRest’s people-first culture has built employee loyalty and retention, he said.

“We spent a disproportionate amount of time training our employees then, and we still do now,” he said. “Remember, we were working with people who may have never even eaten in a restaurant and teaching them how to serve others. That took time.”

AmRest is a fun place to work, he insists, but it’s no cakewalk. Employees aren’t promoted because of time on the job, friendship with the boss or because a superior went elsewhere. Everyone is tested rigorously, including through two-to-three-hour oral exams, before moving up. A trio of inquisitors administers the exams to make sure there’s no bias. That point is reinforced bluntly in AmRest’s corporate values, which state, “We hate bureaucracy and all the nonsense that comes with it.”

McGovern’s colleagues call him a charismatic leader whose principles inspire others because he lives by them.

“They have a saying there that everything is possible, and that’s a core element to Henry’s being,” said Neil Gregory-Eaves, who met McGovern through the Eastern Europe chapter of the Young President’s Organization. “He doesn’t encounter that mental barrier that a lot of people do; there’s no element of doubt. That’s quite refreshing to be around.”

And yet, that driven confidence can go a bit too far, say his friends.

“Henry can become domineering and a know-it-all sometimes,” Gross said, “but people tend to follow and be loyal to optimistic leaders like him.”

That high level of engagement with his 18,000 employees is why McGovern altered his title to chief emotional officer rather than chief executive. The restaurant industry is a people business, he said, and when “the real job of the CEO is to keep everyone motivated and bringing fun to life, ‘executive’ sounds too cold and far-off. My job now is to keep people dreaming and stretching and reaching for more, not just operating the company.”

When asked who taught him to aspire to such great things, McGovern pointed to his father, another entrepreneur who celebrated risk and taught his son to enjoy hard work.

“He went through a lot of success and failure, times when we had a lot and times when we had nothing,” McGovern said, adding that his dad always had the ability to rebound. “[Entrepreneurs] aren’t so arrogant to think we don’t make lots of mistakes like that; we just seem to have the confidence to come back and make things right.”