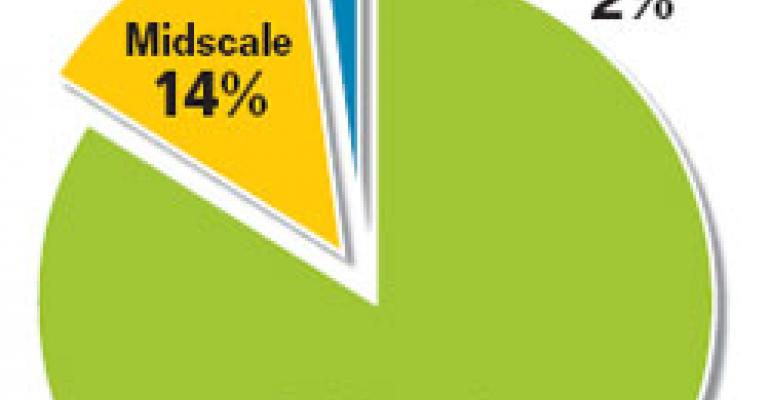 Restaurants capitalize on the most important meal of the day

Everyone is buzzing about breakfast — and it’s not because they’ve had too much specialty coffee.

The fact is that while lunch and dinner traffic remain sluggish, breakfast is anything but, according to market research firm The NPD Group.

In addition, breakfast visits accounted for 60 percent of the growth in the restaurant industry over the last five years, presenting a significant, long-term opportunity for operators.

“The morning meal has outpaced the overall market demand in the past, and demand for popular breakfast foods is expected to continue to experience real growth over the next 10 years,” said NPD analyst Bonnie Riggs. “[To capitalize on the trend] restaurant operators need to understand what it is that their key target buyers are looking for.”

With everyone from Subway to Quiznos getting into the breakfast game and major players such as McDonald’s and Burger King ramping up their existing morning menus, it comes as no surprise that the quick-service segment is driving breakfast’s growth. According to NPD, most of the marketing and consumer activity surrounding breakfast is occurring at quick-service outlets, which serve more than 80 percent of all restaurant morning meals. Midscale and family-dining restaurants capture about 14 percent of breakfast traffic, while casual dining captures just 2 percent. Convenience and low prices are the primary factors luring recession-weary consumers to fast feeders for breakfast.

According to NPD, 70 percent of all breakfast meals are eaten off-premise. In addition, lower prices at breakfast have allowed consumers to satisfy their desire to dine out at a time when money has been tight. More variety on the menu also helps.

Consumers’ need for convenience is also driving the growth of certain breakfast foods and beverages, NPD found. Among the fastest-growing morning-meal foods are hand-held items such as specialty coffee, sandwiches, and wraps and burritos. Since 2005, the number of servings of specialty coffee has increased 30 percent. Servings of breakfast sandwiches have risen 24 percent.

Though newer to the market, servings of breakfast wraps and breakfast burritos have increased 12 percent, while servings of iced tea, brewed coffee, hamburgers, yogurt and fruit have also grown significantly at breakfast over the last few years.

Consumers will continue to demand more breakfast items in the years ahead, NPD said, projecting that the number of breakfast sandwiches served in 2019 would be about 15 percent higher than the number served today.

While younger consumers are typically associated with a convenience-driven, grab-and-go lifestyle, they are not the ones behind the growth at breakfast, NPD discovered. Instead, baby boomers and seniors are eating breakfast out at above-average rates and fueling the daypart’s growth.

“The big driver is older consumers, who longer-term will have a major impact,” Riggs said. “Understanding what they are looking for is going to help [operators] drive [their] business.”

And the opportunity for growth remains huge, according to NPD, which found that only one out of 10 breakfast opportunities in the United States is currently being satisfied by foodservice. In fact, more breakfasts are skipped — 11 percent — than are purchased from restaurants, NPD found.

Given the potential in the morning daypart, experts offer the following advice on the breakfast business:

• Don’t be a follower. As more operators try to grab a piece of the breakfast pie, they need to differentiate their morning menus.

“If it’s going to be a ‘Me, too,’ frankly, I’d skip it,” said Marc Halperin, chief operating officer of the San Francisco Center for Culinary Development.

Copycatting may seem like a surefire way to tap into the market, but Halperin said, “the results may not be the same.” To set their menus apart without reinventing the egg, operators should find something that already works and spin it into a fresh breakfast item. For example, ethnic or international flavors have been hugely popular at lunch and dinner, so Halperin suggests bringing those flavors into breakfast items. He also suggests looking for inspiration in existing international foods in other dayparts, and seeing if there’s a way to translate them into breakfast foods.

• Heap on the health. With consumers over the age of 50 contributing most to the growth at the morning meal, offering better-for-you breakfast foods is going to become increasingly important.

“It’s important for any restaurant to focus on different things for the [different] kinds of people they want to attract,” said Gary Stibel, chief executive of the New England Consulting Group, a Westport, Conn.-based firm that offers strategic and marketing counsel to a variety of industries.

Though offering items that appeal to different consumers is critical, Stibel added, “the No. 1 thing at the breakfast daypart is still value and convenience.”