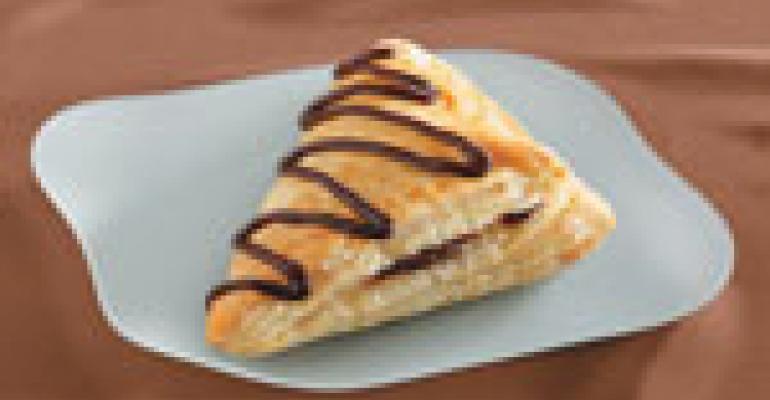 ATLANTA Arby’s said it will feature a new Market Fresh Reuben Wrap and a chocolate turnover as limited-time offerings tied to St. Patrick’s Day. Both will be available until April 12.

The wrap, similar to the Market Fresh Reuben Sandwich that was introduced in 2005, includes thinly sliced corned beef, Thousand Island dressing, sauerkraut and big-eye Swiss cheese on a rye wrap. The suggested price is $3.99. Both the Reuben sandwich and the Reuben wrap are available with roast turkey instead of corned beef.

The chocolate turnover is a flaky pastry filled with cocoa, baked and topped with chocolate icing. Arby’s other desserts include cherry and apple turnovers, which have been on the menu since the late 1960s.

Arby’s said it is supporting the launch through television spots and in-store promotions. St. Patrick’s Day is March 17.