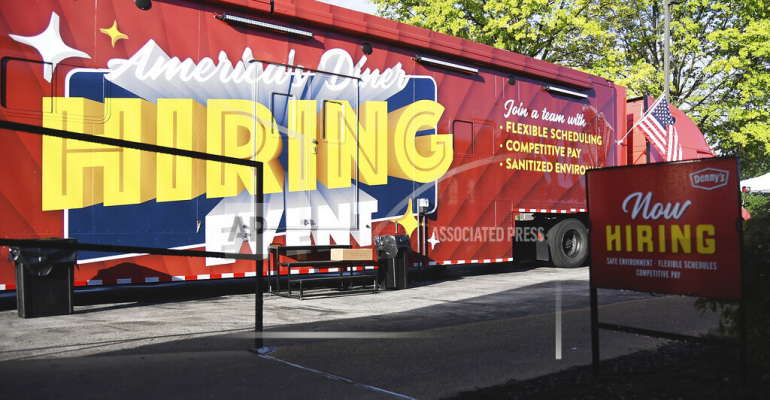 Restaurants and bars continue to fuel employment gains in June

Foodservice and drinking places provided nearly a quarter of the U.S. employment increases in June as the jobless rate remained steady at 5.9%, the U.S. Bureau of Labor Statistics reported Friday.

Total nonfarm payroll employment rose by 850,000 in June, the bureau said in its monthly report, and more than 194,000 of those jobs were gained in foodservice and drinking places.

Related: Foodservice positions increase in May as jobless rate dips to 5.8%

The unemployment rate of 5.9%, and the number of unemployed persons, at 9.5 million, were little changed in June, the bureau said.

“These measures are down considerably from their recent highs in April 2020 but remain well above their levels prior to the coronavirus (COVID-19) pandemic,” the bureau said, noting that in February 2020, before the pandemic was declared, the unemployment rate was at 3.5% and the number of unemployed was at 5.7 million.

Spartanburg, S.C.-based Denny’s Corp., for example, hosted a hiring tour across the country in an effort to hire 20,000 nationwide.

During the past week, Denny’s has had its hiring bus on U.S. Route 66 from St. Louis, Mo., to Los Angeles, making stops in Oklahoma City, Okla., Albuquerque, N.M., Flagstaff, Ariz., and Arcadia, Calif., to seek potential employees.

"With the country continuing to open back up, Denny's is committed to inviting Americans across the country to get back to work," said John Miller, Denny’s CEO, in a statement.

"The America's Diner Hiring Tour experience allows interviewees to get one-on-one assistance with their applications and find the right position for them,” Miller said. “We are glad to be able to mobilize the hiring experience to make it as easy and enjoyable as possible for applicants.”

In addition to the tour, Denny’s is offering another incentive for those who apply nationwide and get invited back for an interview. The first 25 interviewees at each of Denny's more than 1,600 brick-and-mortar locations are given a coupon for a free Red, White and Blue Pancake Breakfast to be redeemed at that visit or through Aug. 31.

The Bureau of Labor Statistics said total nonfarm payroll employment has risen over the past three months, increasing 850,000 in June, 583,000 in May and 269,000 in April.

In June, employment in leisure and hospitality increased by 343,000, as pandemic-related restrictions continued to ease in some parts of the nation. More than half of the job gain was in foodservices and drinking places, but employment also rose more than 75,000 in accommodation and more than 75,000 in arts, entertainment and recreation.

U.S. employment in leisure and hospitality remained down by 2.2 million, or 12.9%, from its level in February 2020, the bureau said.