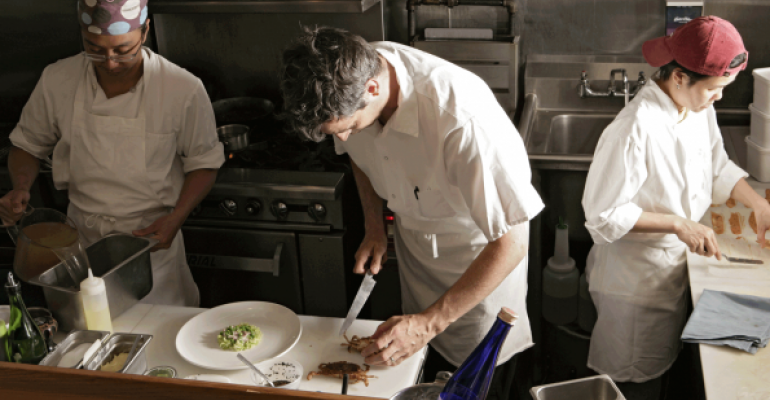 For all of the recent struggles with sales and traffic, and competitive inroads by other sectors like grocers, restaurants continued to add workers in April.

The industry added 26,200 jobs last month, according to the Bureau of Labor Statistics, continuing a run of strong job growth over the past three-plus years.

Over the past 12 months, restaurants have added nearly 260,000 workers, according to the bureau.

The restaurant industry has been among the most consistent hirers in the country in recent years. Restaurants added about one in eight jobs last month, consistent with the amount it has added over the past year.

The employment numbers are the biggest indication of industry growth. Restaurants do not expand if they do not anticipate enough business for them to do so. Operators are clearly confident in their ability to generate sales.

But this does not jive with recent sales numbers. Same-store sales in 2016 were the weakest since the recession, and there has been little indication of broad improvement so far this year.

Industry expansion might have as much to do with weak same-store sales as anything else.

After all, investors continue to pour money into the restaurant industry. As we wrote recently, 2016 was the biggest year for early-stage investment in restaurants since the recession. Operators like Wendy’s and Burger King are pushing franchisees to grow as part of unit sales. And franchisees continue to look for growth opportunities.

The risk is that ultimately the industry outpaces its ability to serve customers. Stark differences between winners and losers show this is happening, yet it’s not enough to keep restaurants from adding employees.

The good news is that the economy is basically at full employment. After adding 211,000 jobs last month, the unemployment rate is 4.4 percent, according to the Bureau of Labor Statistics, meaning that nearly everyone who wants a job has one.

That should drive up wages, and therefore improvements in discretionary income that help sales, which could keep restaurant job growth humming.