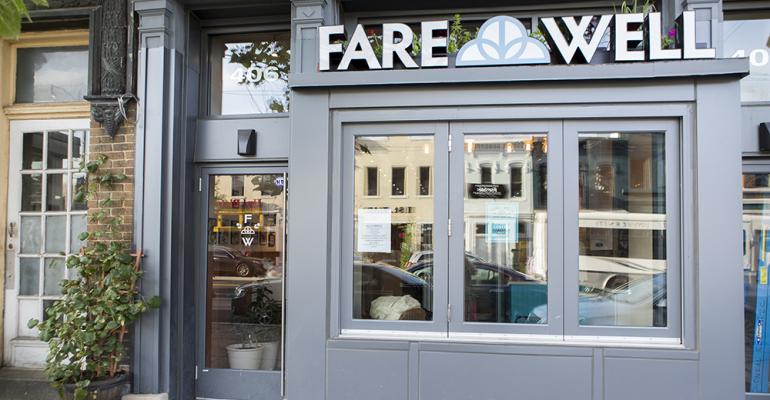 Vegan chef aims to make plant-based food for everyone

Today’s diners are eating more plants, whether they are vegetarian, flexitarian, gluten-free, dairy-free or all of the above. And they don’t only want to eat them at home, but at restaurants, too.

As a result, more chefs and operators are offering menu choices — and even entire concepts — that appeal to non-meat-eaters who won’t settle for boring roasted vegetable platters anymore.

Chef and restaurateur Doron Petersan, an “Italian-Jew from New York turned vegan,” has been committed to making delicious, affordable and convenient vegan eats since she opened Sticky Fingers Sweets & Eats, a vegan bakery and café in Washington, D.C., in 1999. The two-time winner of Food Network's “Cupcake Wars” continues her mission with Fare Well, a veggie-centric neighborhood diner, bar and bakery, also in D.C. 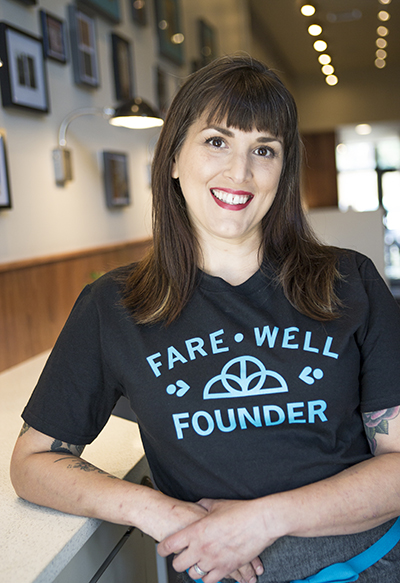 Why did you get into the restaurant business?

When I first began eating vegan…23 years ago…I was sad because I was hungry. I wanted to eat food — a lot of it. So, I had to figure out things for myself. I went to [the University of Maryland] for nutrition, learned about food science, dietetics. That’s when I started playing in the kitchen.

How has the restaurant landscape changed as it relates to vegans?

What’s your goal with Fare Well?

Really the mission in both places is to provide a place, an accessible way of eating, a sustainable way of eating. Opening up the landscape to show people that it is needed…[that people can] make more plant-based choices.

What are some of the bestselling dishes at Fare Well?

Pancakes are our bestsellers. We started carrying the Impossible Burger [a plant-based burger] recently and it’s flying off the shelf. Pancakes and burgers, that’s where it’s at. We have a Southern Fried Seitan, the equivalent to [Southern Fried Chicken], a couple of salads on the menu. We’re not specializing in delicate microgreens; we’re not touting ourselves as a health food diner. There’s cookie dough pancakes with a side of tofu scramble. It’s still indulgent and still fun.

Vegans are a small market, so why have Sticky Fingers and Fare Well been so successful?

Vegans come find us. Many of the people who come in come alongside someone who is vegan. [There’s] a lot of crossover. If I was just going to create a business that catered to vegans, I wouldn’t get farther than my nose. Cater to your core group, but make it good enough that people outside of that group will like it. That’s why we started with baked goods and not burgers. A cookie is a cookie. If it looks good, you’ll eat it. If it tastes delicious, you’ll eat it again.

What advice would you offer chefs and operators interested in better serving vegans?

What’s next for you?

We’re working on a wholesale line [for local and possibly regional groceries]. There’s been a lot of interest in our savory food, but it’s a little tricky. We’re pushing out sweets soon, hopefully in the next couple of weeks. Two stores and wholesale are taking up my time.