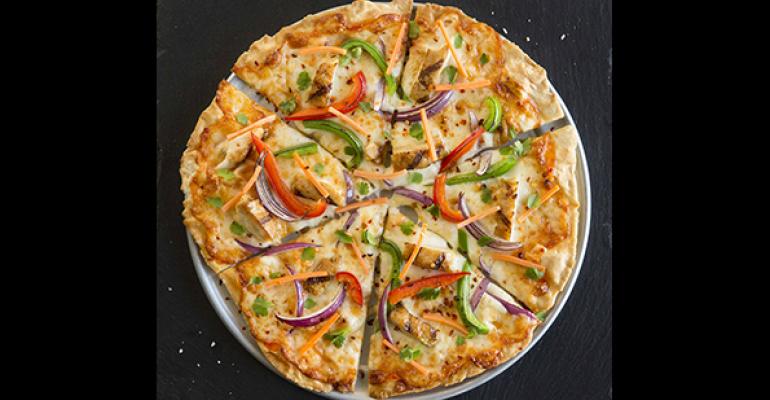 Thai food heads for the mainstream

Internationally celebrated Thai cuisine, with its harmonious blend of sweet, sour and sometimes spicy flavors, may finally be going mainstream in the U.S.

Despite the longtime availability of Thai food in mom-and-pop eateries and fine-dining restaurants, and, in recent years, the wild popularity of Sriracha, a Thai chile sauce, Thai cuisine has not been widely served or accepted. However, the recent proliferation of Thai-inspired dishes and limited-time offers at chains indicates a shift toward broader interest and availability.

“A lot of ingredients in the Thai pantry are starting to weave their way onto menus,” said Dean Small, founder and managing partner at Synergy Restaurant Consultants. “[We’re] seeing a lot of interesting ways of introducing Thai flavors.”

Small, who has been following the Thai trend for a number of years, and whose firm provided brand development for Tom Yum District Fresh Thai Grill, a fast-causal concept that opened in Washington, D.C., in 2013, said diners “have been Chipotle’d to the max,” and are ready to move on to a new flavor profile.

“[Thai] is the next step in the evolution of people’s palates,” Small said. “Thai has legs.”

Though Thai cuisine has distinctive and flavorful core ingredients, including curry paste, fish sauce, coconut milk, chile, lime, garlic and shallot, chain operators are finding that the Thai flavor profile resonating most with mainstream consumers is sweet and a little spicy.

Before launching that pie, the fast-casual chain had originally surveyed customers about another Thai pie that featured peanut sauce, a Thai staple. The response was less than positive, so the R&D team went back to work and created the sweet chile version.

“[The Thai-rrific Pie] had a huge response,” said Christina Coy, Pie Five vice president of marketing. “It was the mix of the sweet and spicy.”

Similarly, this month, Conshohocken, Pa.-based Saladworks will launch a new menu that includes a Thai chicken salad that was originally created in the test lab with peanuts and cilantro. But when the chain tested it, customers preferred the salad without those ingredients.

"Thai flavors are extremely buzzy right now, and our customers have been demanding more southeast Asian-inspired salads,” Paul Steck, Saladworks president and CEO, said in an email. “We put out six new salads in test, and Thai was in the top two or three of those.”

Cincinnati-based Buffalo Wings & Rings has been serving a sweet Thai chile sauce on its menu for about four years, and most recently ran a limited-time offer of Jack'd Up Wings, featuring five boneless wings tossed in sweet Thai chile and sea salt caramel, topped with applewood-smoked bacon crumbles, black sesame seeds and scallions, and garnished with caramel corn.

Meanwhile, Los Angeles-based The Coffee Bean & Tea Leaf has been exploring a different sweet side of Thai, adding, as Thais often do, condensed milk to its tea beverages. Last spring, the chain debuted a Thai Iced Tea Latte and a Thai Tea Ice Blended drink, both of which combine Assam black tea with the flavor of sweet and creamy condensed milk. The brand said both teas have been popular with customers.