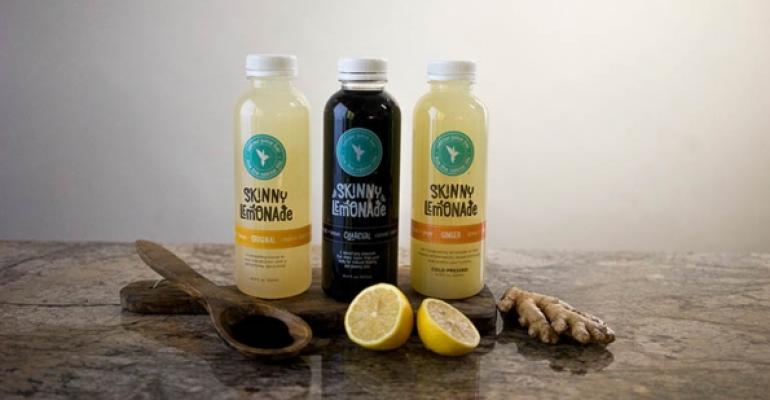 Turmeric, ginger and cayenne are having a moment on menus

Turmeric, ginger and cayenne — ingredients best known for their roles in ethnic cooking and detox diets — are having their moment on menus. Inspired by consumers’ growing interest in healthful eating, restaurant chefs and juice concepts are discovering ways to not only add these bold, better-for-you ingredients to their menus, but also to make them taste good.

“Everybody is looking to eat better,” said chef and restaurateur Steven Redzikowski. “Some of these ingredients help digestion, and they have amazing flavors.”

A “huge fan” of ginger’s upfront flavor and a true believer in its digestive and healing properties, Redzikowski uses it across the menu at Brider, his recently opened fast-casual concept in Denver.

For example, Redzikowski pairs a rotisserie roasted chicken with fried rice, featuring housemade, ginger-infused kimchi, topped with a fried egg, a crispy salad of torn herbs and crispy ginger pieces. He also uses ginger, as well as turmeric, in the restaurant’s cold-pressed juices, such as the Big Red, made with beets, carrots, ginger, pineapple, pear and turmeric.

​Redzikowski is aware that many diners might want the benefits of ginger, but not its bite. To combat that, Redzikowski said he works to find ways to add balance with other ingredients, such as lemon or carrot.

Last year the JW Marriott Chicago launched a morning juice bar in the hotel’s Lobby Lounge. While the program has been a great success in helping to increase overall breakfast sales for the lounge, it took some tinkering to perfect the juice blends, such as the Be Bright, made with carrot, orange, lemon, ginger, turmeric and mint.

“The key with powerfully flavored ingredients such as ginger or turmeric is moderation,” said Russell Shearer, senior sous chef at the hotel. “The first iterations of our orange juice Be Bright, which had both of those ingredients, were spicy from the ginger and bitter from the turmeric. The quantity of each was reduced until they offered a recognizable flavor profile and were in balance with the other flavors.”

Also a fan of ginger is executive chef Kyle Rourke of Red Star Tavern in Portland, Ore. Three years ago Rourke began offering cold-pressed juices during breakfast as a way to offer diners more healthful options. He tones down the spice of ginger with naturally sweeter vegetables, like beets, carrots and apple. For example, the Beets Me is made with red beets, carrot, ginger and cilantro, and the Locals Only is made with local carrots, green apple and ginger.

The team behind Santa Ana, Calif.-based Nékter Juice Bar, which specializes in handcrafted juices, smoothies and acai bowls, says that “healthy should taste good and feel good, too.” The 56-unit chain applies that theory to a number of vibrant ingredients, including ginger, turmeric and cayenne.

“We’ve found that people generally want it to be more palatable,” said Alexis Schulze, Nékter co-founder and chief visionary. “[We’re] making it as mainstream as possible.”

To give these vibrant ingredients broader appeal, Nékter often tempers them with the sweetness of apple or lemon. For example, the Ginger Skinny is made with filtered water, lemon, agave nectar and fresh ginger; the Skinny Lemonade is made with lemon, agave, cayenne pepper and filtered water; and the Toxin Flush is made with parsley, spinach, apple, lemon and ginger.

The approach is working: lemonades and cleanse juices account for 30 percent to 40 percent of the juice bar’s sales. But that has not always been the case. Two years ago the chain launched turmeric lemonade, but it didn't sell well.

“We pulled it. Now we just have a shot,” Schulze said. “People are now getting it.”

San Ramon, Calif.-based Vitality Bowls Superfood Café, which serves acai bowls smoothies, fresh juices, soups, salads and panini, is also having success with a shot of flavorful, healthful ingredients. The chain offers a Fresh Lemon and Raw Ginger Shot that includes a dash of cayenne. Other Vitality Bowls juices that use lemon to balance ginger or cayenne include the C Me Up, made with orange, kiwi, carrot and ginger; The Detoxifier, with lemon, raw ginger, cucumber and coconut water; and The Intensifier, with apple, beet, celery, raw ginger and lemon.

“A lot of our customers love the bold flavor of ginger and cayenne,” said Vitality Bowls CEO Tara Gilad. “And people are becoming more aware of their incredible health benefits.”