The Women Making Their Mark award is being given to 11 of the restaurant industry&#39;s female leaders who are poised for greatness.

Marissa Mayer’s bold leadership moves in her new role as Yahoo chief executive and Facebook chief operating officer Sheryl Sandberg’s entreaty to remove the barriers that quash gender equality have both made headlines lately, reigniting discussion about women in business.

So it’s the perfect time to revisit what’s going on in the restaurant industry and search for women that will move foodservice forward as the  leaders of tomorrow.

Only 15 percent of the industry’s executive leadership roles — that’s vice presidents or higher — are held by women, and that percentage falls into the single digits when it comes to women in the C-suites, according to the Women’s Foodservice Forum.

That’s a severe gender imbalance that’s both bad for business and bad for the women that hope to advance to senior levels, said officials at the WFF, a group that helps prepare women for industry leadership roles.

To further that mission, the WFF is for the first time honoring women poised for leadership greatness with the new Women Making Their Mark award. This year’s group of 11 winners will be recognized during the WFF’s Annual Leadership Development Conference April 14-17 in Orlando, Fla.

“If you look historically at the WFF, our awards would always end up going to these very significant women who’ve had some major impact already,” said Kelly Primus, the WFF’s vice president of marketing and communications. “These kinds of women get this recognition all the time. Who doesn’t get the recognition are the current rising stars.”

The award is intended to create a pipeline of women ready to take on top-level leadership roles when they open up, said Fritzi Woods, WFF’s president and CEO. That pipeline will be created through training and networking, both of which winners of the award will receive through the WFF, free of charge for one year, Woods said.

There are currently 3 million women in supervisory roles in the restaurant industry, Primus said, noting that they need both to develop skills to advance in their careers and create opportunities to meet the right people.

“The time is now because we believe the war on talent is becoming more intensive, not less,” Woods said. “We believe there are talented women to fill these [leadership] positions.”

Following are snapshots of the 2013 Women Making Their Mark as well as descriptions of the achievements that set them apart — something WFF has dubbed the “it” factor. 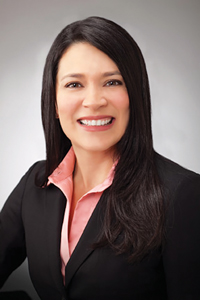 Clark was a consultant before joining Sysco in 2009. She worked on the company’s order processing cycle and moved to online ordering in 2011. Last year, she was promoted to senior director of business transformation, in which capacity she provides day-to-day support for the sales and sales operations teams. According to Jim Hope, Sysco’s executive vice president of business transformation, Clark is calm under pressure, despite the weight of her responsibilities.

“It” factor: “Clark and her team accepted the challenge to revamp the Sysco Order Management System,” Hope said. “This system impacts 8,000 of our marketing associates who partner with tens of thousands of Sysco customers every day. This system is the lifeblood of our company.” 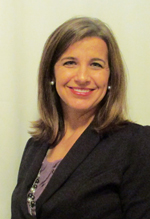 “It” factor: Dahse helped Chili’s decrease employee turnover at manager and supervisor levels, Carroll said, noting that she is able to take risks and trust others, but also able “to think differently from her peers and to invest in her team.” 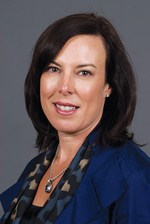 Ferraro started working at Coca-Cola 17 years ago as a territory sales manager for Coca-Cola Fountain in Grand Rapids, Mich. In her first year on the job, she developed 180 new accounts. It was clear from the start that she was an all-star, said Susan Gambardella, vice president of Wendy’s Global Account Team at Coca-Cola.

Ferraro manages sales to 3,500 of Sonic’s U.S. restaurants, and a portfolio worth more than $165 million. She has seven direct reports.

“It” factor: Ferraro has worked her way up the ranks, outperforming in every job she has held, Gambardella said, adding that she has incredible momentum to rise to the top. 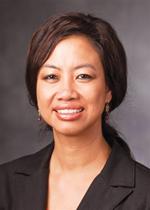 Indonesia-born Gitaadji is a “change agent” at McDonald’s, according to Lee Renz, U.S. division president at McDonald’s USA. She thinks strategically and “thinks broad and deep,” Renz said.

She holds a bachelor’s degree in international business and economics from California State University, Los Angeles, and an associate’s degree from Pasadena City College.

“It” factor: Gitaadji helped McDonald’s develop an Asian Consumer Market focus in the company’s Chicago market in 2011, according to Renz. Outside of McDonald’s, she also helped develop a long-term strategic plan for the National Asian Business Network. 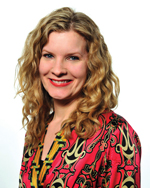 “Our president has said no one else has a better pulse on the organization than Caroline,” Belcher said.

“It” factor: Hooe helped create Yum’s test restaurants, or “restaurants of the future,” Belcher said. “This work is not part of her job responsibilities, but there is no one in HR better suited for this business-critical project. The learnings from these test concepts will generate insights that will shape the future of our brand.” 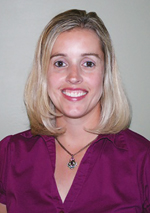 Hook leads a team of 35 people and is responsible for Domino’s financial reporting to the U.S. Securities and Exchange Commission. She has worked for Domino’s for more than nine years, taking on new roles and responsibilities during that time, said Patti Wilmot, executive vice president of PeopleFirst at Domino’s.

A licensed certified public accountant, Hook is currently working toward her master’s degree in business administration at the University of Michigan. She holds a bachelor’s degree in accounting from Michigan State University.

“It” factor: “Michelle approached Domino’s this past year about going back and getting her MBA from a top-five business school — The University of Michigan,” Wilmot said. “This was done in an effort to further develop her leadership skills and knowledge outside of her core area of expertise. … She chose to take this on her shoulders at the same time that her responsibilities increased in 2012.” 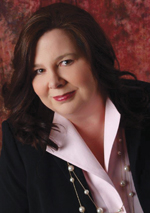 Jones has worked for Ben E. Keith for 24 years, leading projects that drove the company’s innovation. She is collaborative and has worked with leaders across the company to put in place new technologies and processes related to food, beverage and corporate procedures. In 2011, she became the second woman in Ben E. Keith’s history to hold a director title.

“It” factor: “She has a passion for what she does and is constantly looking for ways to find and implement initiatives that contribute to the growth and success of BEK,” said Elliott Stephenson, vice president of human resources at Ben. E. Keith. “Marilyn also believes in mentoring and developing others.” 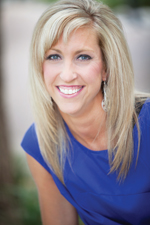 Juvera has more than 22 years of experience in the foodservice industry, 14 of which have been spent at Texas Roadhouse. For the past 12 years, she has worked in the company’s “Legendary People Department.” She oversees Texas Roadhouse’s diversity initiatives, including developing an ongoing series of seminars on women’s leadership.

Putting the right people in the right jobs is key to Juvera’s success, said Mark D. Simpson, vice president of Legendary People. “She and her team have also helped the company attract and retain top talent that has driven industry-leading sales and profit results,” he said.

Juvera also volunteers for the WFF, and serves as chair of the group’s Success Talks Committee.

“It” factor: “Julie’s initiative is what really separates her from her peers,” Simpson said. “She has a never-say-no attitude and is always willing to take on more.” 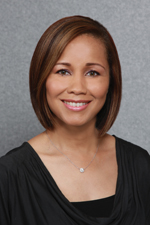 Landry has played a role in improving Friday’s website and increasing engagement with customers through social and digital marketing initiatives.

“She is a sought-out resource due to her skill set,” said Linda VanGosen, vice president of marketing at Carlson Restaurants.

“It” factor: Landry not only revamped Fridays.com, but did so with a great attitude, VanGosen said, adding, “She embraced the opportunity to impact the business.” 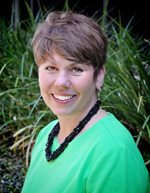 Pace, who has worked at Ben E. Keith  for 16 years, mentors other salespeople and oversees 80 of the company’s customers, said Elliot Stephenson, Ben E. Keith’s vice president of human resources. Pace was not only the first woman to win the company’s Sales Rep of the Year award, but she has won it four times.

“It” factor: When Pace saw a need for better training at local restaurants, she put together a training program intended to elevate customer service — complete with handouts and a presentation — and then rolled it out successfully to her clients, Stephenson said. 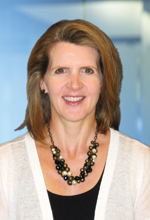 Wigley has worked her way up the human resources ladder at Domino’s since 1998. She created the company’s first policy manual and team member handbook, and she developed a new-hire orientation program called “Star Welcome.”

“It” factor: After Wigley attended her first WFF event, she created the Domino’s Women’s Leadership Group, Wilmot said. The group now has more than 500 members.