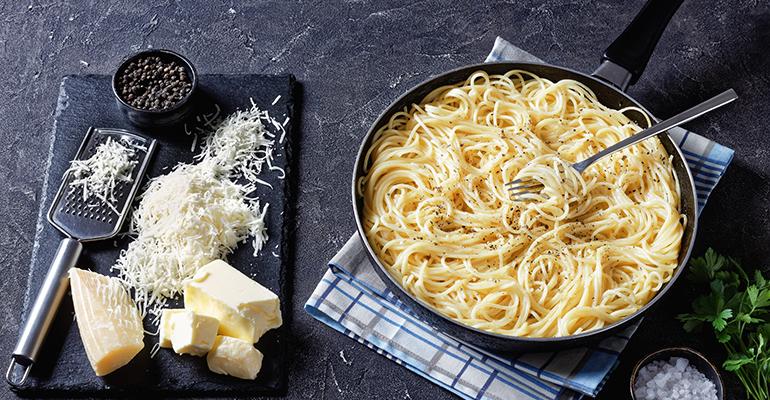 Purists might argue that many Italian restaurateurs in the U.S. have sacrificed authenticity on the altar of popularity.

While the National Restaurant Association reports that it remains firmly entrenched as our favorite ethnic cuisine, what we think of as Italian food was actually born here, when Southern Italian immigrants married flavors from the old country with ingredients from the new.

Related: A touch of Tuscany in Northern Italian food

The result, typically heaping plates of red-sauced and meatballed pasta, has become part of our common comfort-food lexicon. Recently, however, the situation has become a little more nuanced, as diners slowly discover the rich culinary traditions of regional Italy. 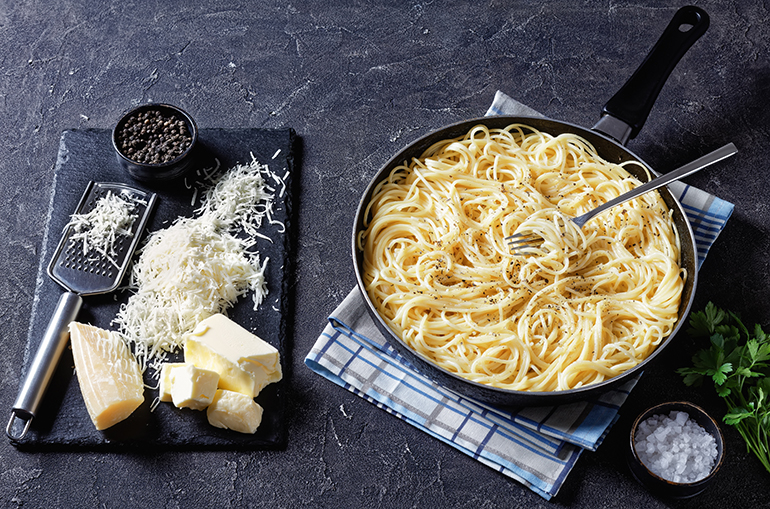 Cacio e pepe, which translates literally as cheese and pepper, is a Roman trattoria classic that took the foodie world by storm a couple of years back. The New York Times opined that its raging popularity reflects its toothsome simplicity, which marries pecorino Romano cheese with black pepper, to which some chefs add a little Parmesan cheese and, perhaps, a bit of butter or olive oil. Datassential reports that it has maintained its momentum, growing 140% on menus in the past four years and signifying its crossover on a broad scale.

In fact, it has popped up in the unlikeliest of places, as in Washington, D.C., where it has been served with cabbage and miso at Himitsu, atop udon noodles at Daikaya Izakaya and as a spread on monkey bread at Rose’s Luxury.

In a clear measure of its reach and consumer appeal, Cacio e Pepe Pumpkin Seeds appeared in the October pages of Good Housekeeping magazine, the legacy publication that’s busily courting Millennial moms. It’s not surprising, therefore, that pizzaiolos have adapted it as well. In New York City, Cacio e Pepe Pizza can be found on bills of fare at Otto Enoteca, La Rossa and SIMÒ Pizza, which promises “90 seconds to Napoli” with its special pizzas; Italianate salads like Rucola e Pecorino, arugula and pecorino cheese; and a beverage list that touts Peroni Beer and San Benedetto soft drinks. 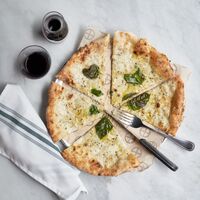 Speaking of Neapolitan pizza, the thin-crusted, slightly charred and chewy pies have made their mark.

Naples is generally regarded as the birthplace of pizza, and to protect its birthright, its adherents have codified all aspects of the product, including size, weight and ingredients.  Regulations notwithstanding, the style has been gaining traction here.

In Atlanta, Antico Pizza regularly has waiting lines out the door for its “pizza tradizionale di Napoli” like the classic Margherita DOP made with San Marzano tomatoes, mozzarella di bufala, garlic and basil.

At the International Pizza Expo in Las Vegas, the annual Pizza Challenge Competition lures practitioners of Naples-style pizza, who toss their dough with panache.

Lately, however, they’ve gotten competition from specialists in Roman-style pizza that is notable for two things: its rectangular shape and its al taglio pieces, which are typically cut by scissors to the size specified by the patron.

While a number of operations have popped up around the country, the real noise has been made in Chicago by Bonci, a Roman import run by the chef dubbed the Michelangelo of pizza. Bonci boasts 259 toppings like potatoes and rosemary, anchovies and burrata cheese and, yes, cacio e pepe, which change daily and sometimes hourly, depending on demand. 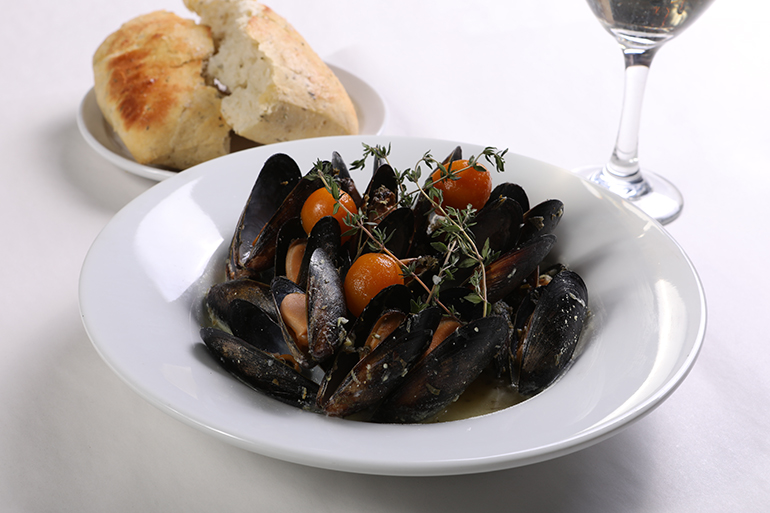 Southern Italian specialties are getting more play. Earlier this year, Romano’s Macaroni Grill paid homage to the cuisine of Campania south of Naples with Amalfi Steamed Mussels in lemon-Parmesan-white wine broth and Sorrento Lemon Chicken with rosemary-citrus russet potato wedges. The chain looked even farther south with Sicilian Eggplant Caponata Spaghetti with Calabrian peppers. The latter, grown in the toe of Italy’s boot, have been having a menu moment, as has porchetta, the succulent pork roast that hales from outside Rome and is starring everywhere from food trucks to fine dining.

It’s been a couple of decades since the Northern Italian trend washed ashore in America, when restaurateurs promoted items like veal chops and risotto as lighter, more sophisticated and somehow superior to the standards on offer here. While they failed to lessen the lure of lasagna, they helped open the door to the wider possibilities of the Italian pantry.