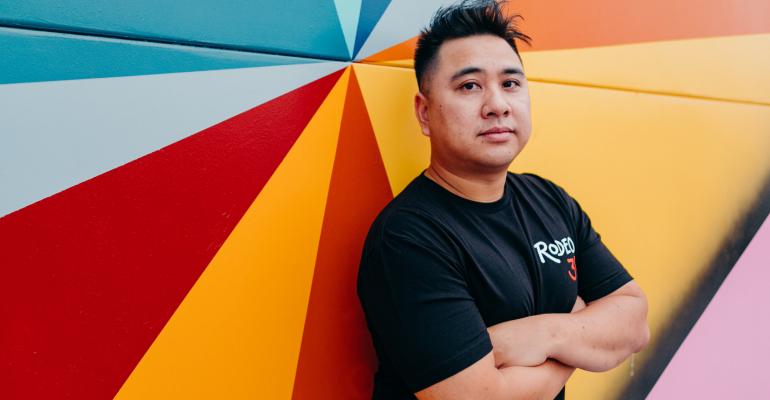 Andy Nguyen, Los Angeles-based restaurateur and creator of Bored & Hungry—the first restaurant tied to the Bored Ape NFT brand — is out to prove that NFTs are not just a collectible JPEG. Nguyen wants to turn the multiple dimensions of Web3 into a utility with the creation of the Food Fighters Universe, which would be the first NFT-backed restaurant group.

When it launches in May, Food Fighters Universe will unleash 10,000 NFTs on the Ethereum blockchain, and every time a token is purchased, it will be used toward building the restaurant group from the ground-up. Much like traditional investors in new business concepts, owners of these tokens will be able to participate in the business in multiple ways, both in the Web3 digital world and in the physical world, with perks like passes and fastpasses for the upcoming Food Fighters music and food festival and the ability to rent out “speakeasy” or hidden restaurants that can only be booked by NFT holders. NFT holders will also get free food rewards from the physical restaurants attached to the brand and Web3 perks from the metaverse tie-in experiences.

Related: Chfty Pizzas NFT to go on sale this week on Ethereum

“We’re showing people how to utilize an NFT and that we’re not just a JPEG,” Nguyen said. “In the Web3 world, we’re going to work on digital branding, and you’ll be able to do things in the metaverse that you can’t do in real life. But we’re also utilizing the IRL experience because you can’t eat out yet in Web3.”

Nguyen could not yet divulge many details about the restaurant group: the prices of each NFT on Ethereum and the names of the five restaurant brands that will be initially included within the Food Fighters group are not yet known, though he knows that the company wants to work with smaller, trendier brands. But Nguyen does know he has big plans for the restaurant group, and wants to open multiple restaurant locations around the world, starting in New York and then letting NFT holders help decide where they open a restaurant next.

“We’re pretty much creating gathering spots for this digital community and are also onboarding people that are skeptical about the industry,” Nguyen said.

Participation and ties to the metaverse (or multiple metaverses) will also be a major part of Nguyen’s project.

“I think what people imagined as the metaverse is something like having goggles on your head, and you're in this VR world, but that doesn’t quite define what thus universe is and can be,” he said. “I feel like it's already we're already in [the metaverse] right now, and the experience is just going to keep evolving.”

The Food Fighters team includes rapper Bun B, NBA star Baron Davis, and NFT advisor Josh Ong. The NFT-backed restaurant project is being developed by frensHouse and NFT artwork is being created by Bad Decisions Studio.