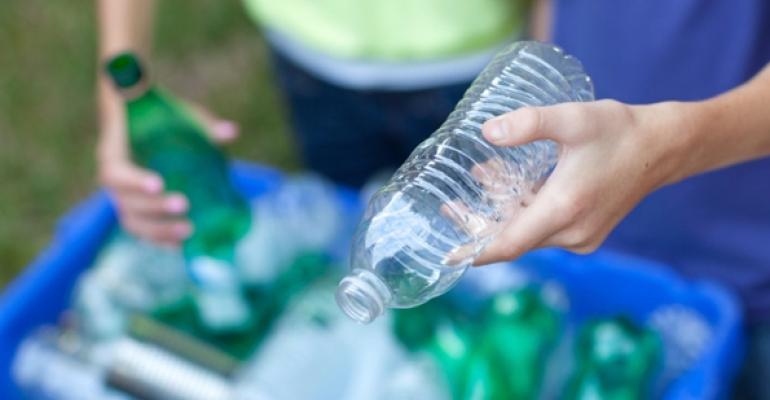 Experts estimate that about 60 percent of U.S. restaurants recycle at least some of their waste, be it used packaging, compostable food scraps or fryer oil. And as more municipalities provide recycled waste options, participation is expected to increase as operators realize lower trash disposal costs.

Still, the choice to recycle isn’t a simple one. Even in cities with plentiful recycling options, it can be costly for operators to participate, and the good feelings gained from helping the environment become overshadowed by the pain of spending hard-earned revenue on recycling.

Other operators say continual staff training on recycling habits in a high-turnover industry can be burdensome. According to Dan Schneider, CEO of SIB Development and Consulting, many restaurateurs’ intentions of helping the environment are nullified when recycling costs too much or becomes an aggravation.

“If it doesn’t make sense financially, we’re not going to recommend it,” said Schneider, whose firm helps businesses reduce fixed monthly costs. “If they do something as basic as keeping their cardboard out of the dumpster, there should be a savings. Otherwise, it’s not worth it.”

Schneider said owners of restaurant companies with five or fewer units—especially those with “a farm-to-table philosophy that’s just part of who they are”—tend to recycle out of principle, even when it bites the bottom line. Chain restaurant groups tend to give greater weight to recycling’s cost, which yields mixed participation.

Schneider said enlarging a single trash corral can cost thousands in certain locations, meaning operators his company helps may pay an extra $75 to $400 per month per site to add recycling.

That expense ideally is offset at least in part by reduced dumpster pickups, but that’s not always the case, he added, especially if a recycler has to haul materials long distances from the restaurant.

“If the restaurant is in an area where there’s not much recycling or costs aren’t favorable, it could cost them $2,000 to $5,000 more per restaurant per year,” Schneider said.

Noelle Faille, northern region facilities manager for Jason’s Deli, said the 237-unit company’s recycling efforts are “limited as to whether the municipalities where we have delis even have recycling available.” She said the bulk of the chain’s units do recycle, and at the 67 Jason’s restaurants she oversees, “we are saving 30 percent each month on waste services since we implemented single-stream recycling and made adjustments to the number of days our waste is being picked up.”

Paul Booras, vice president of culinary and operations at 21-unit Boston-based Boloco, said despite the challenges inherent to recycling, Boloco makes it part of its culture. Separation of food waste starts in the dining room when customers clear their tables.

“Training is where the rubber meets the road in our restaurants,” said Booras, adding that the diligence of each location’s manager also is important. “We’re only as good as the leaders at each of our restaurants. It is more work when you do have [employee] turnover, but it’s cause-based training. You’re doing something for the environment, so it has more clout” with employees.

“Our busboys were putting trash bags and recycling bags into the same cart, taking them to the dumpster and forgetting which was which by the time they got outside,” she said. “Our vendors are all working with us on these challenges and are eager to help make this easy as possible.”

“Composting and recycling may bring you more clientele, meaning a majority of restaurant goers prefer a place that uses products or services that benefit the environment,” said Southwell, a former IHOP franchisee. “The community wants those services and will take notice of businesses that are environmentally aware.”