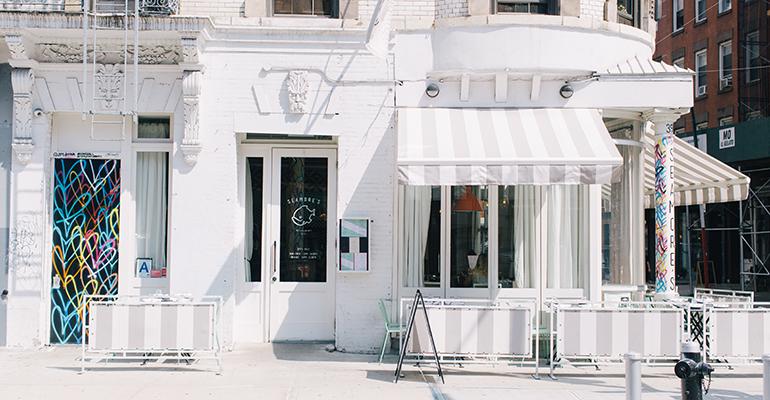 Seamore’s is a six-unit casual-dining chain in New York City that lets its customers actually see more seafood. With an ever-changing Daily Landing board, guests can see what’s available each day, mostly from local fish mongers, and a lot of it is likely species that they haven’t seen in restaurants before.

The concept is the brainchild of Michael Chernow, who’s also co-founder and co-owner of another small casual-dining chain, The Meatball Shop.

Chernow, a native New Yorker who had worked in restaurants his entire life, had developed a growing interest in eating seafood as he got older, to the extent that it had become his main source of protein.

He also had been raised fishing.

“I grew up in Manhattan,” he said. “And as a kid, every Sunday for years, I would link up with all the other kids on my sports team and we’d go out to Long Island and go fishing on party boats. So fishing was part of my childhood in a real way. 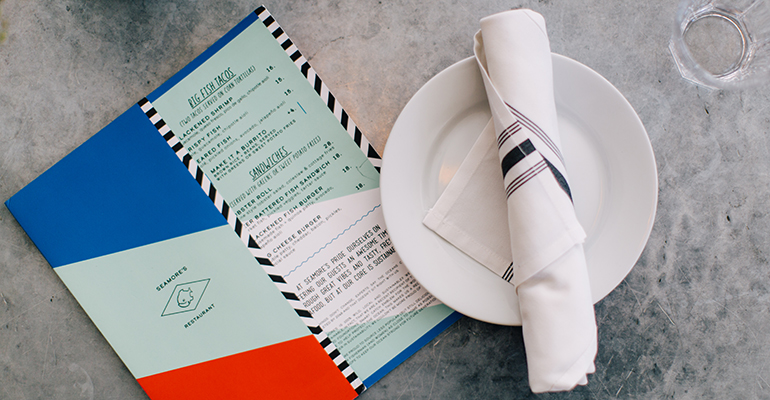 As he started doing research for his hypothetical seafood restaurant, he became aware of the many problems our fisheries face, particularly those fisheries of popular seafood such as tuna, salmon and shrimp.

“So I said, ‘Wow. This might not be the greatest time to open up a seafood restaurant unless I only serve sustainable seafood’,” he said.

But happily, it turned out that the seafood from local fisheries that he wanted to serve were, in fact, underutilized species, and eating them wouldn’t put undue pressure on their populations or habitats.

Meanwhile, some seafood purveyors sought help from Chernow in setting up a market in Brooklyn. He ended up becoming a partner in that market, Greenpoint Fish and Lobster, which opened about a year before the first Seamore’s location did in June of 2015.

“So it aligned perfectly,” Chernow said. “And now Greenpoint Fish and Lobster is Seamore’s No. purveyor and Seamore’s is their No. 1 customer.” 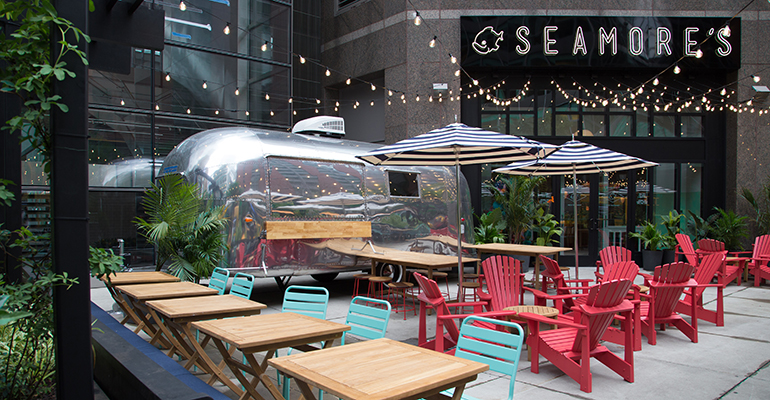 All of Seamore’s six locations — four freestanding locations and two in food halls — are listed as leaders in the James Beard Foundation’s Smart Catch program, which recognizes restaurants that maintain sustainable seafood programs.

Seamore’s best-selling menu item is The Reel Deal, a choice of fish from the Daily Landing board and a choice of seasonal sauce — such as red curry, miso brown butter and lemon grass aji — served in a bowl over three seasonal sides, such as roasted carrot with mustard seed, stewed lentils and charred broccoli with pickled onions. 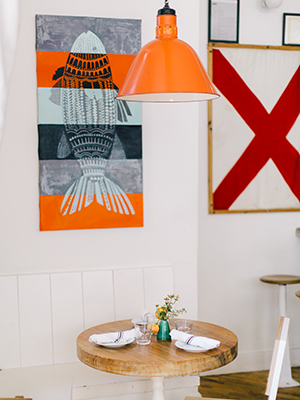 Another popular item is tuna poke, which in the summer is made from yellowfin tuna that runs between Rhode Island and the Carolinas. In the winter it’s generally albacore from the Pacific Northwest, or sometimes blackfin or albacore from Florida. The tuna is Seamore’s only wild species not from the Atlantic, but “if we took it off the menu in the winter, we would get picketed,” Chernow said.

Other popular items include fish tacos, with either fried or seared fish, and a kale-avocado salad usually topped with fish.

The average per-person check is around $32.

Starting in January, Seamore’s started offering farm-raised fish: Norwegian salmon and Ecuadorian shrimp, both of which are yellow-rated on the Monterey Bay Aquarium’s Seafood Watch, meaning they’re a good alternative choice to the “best choices,” which have a green rating. Seafood to avoid is rated red.

“We actually think it’s the right thing to do, because it is the way of the future,” Chernow said.

Chernow’s thinking is in line with many people involved in seafood sustainability who maintain that responsibly raised seafood is the best way to feed a growing population of seafood-hungry people without depleting our oceans.

He said there’s been no push-back from his customers in offering farm-raised seafood.

“It’s been a really easy integration,” Chernow said. “Our guests are really happy. Finally they get their favorite salmon. … We’re happy we made the decision.”

Seamore’s is being honored this year along with other MenuMasters award winners at a celebration at the Drake Hotel in Chicago on May 18.

To request tickets for the MenuMasters Awards celebration, visit menumasters.com.