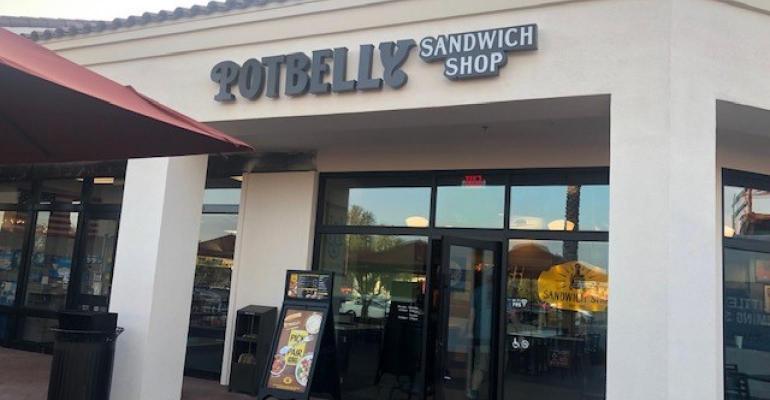 Nancy Luna
Potbelly has been approved for its second attempt at utilizing a PPP loan.
Coronavirus>Restaurants Ready

Potbelly Sandwich Shop — a sandwich chain with more than 440 units throughout the United States — was among several publicly traded, larger restaurant chains that received criticism for taking a Paycheck Protection Program loan in the first round from the Small Business Administration in April. But although Potbelly eventually returned that loan “after further clarification from the Treasury Department,” the struggling Chicago-based company has reversed course and taken out another $10 million PPP loan, which was approved by the small-business lender on August 7, according to the U.S. Securities and Exchange Commission.

“While we’ve stabilized our business over the last few months, we’re still well below pre-COVID sales levels,” Potbelly said in a statement. “In addition, the virus continues to create an uncertain environment in many areas of the country. We are committed to helping our employees. While we qualified for a loan in the first round of the Payroll Protection Program, we returned it when it looked like many other companies would be left without help. In the next round, the program was about to close with billions of dollars in available funds still remaining. To protect our employees’ jobs and support their families that rely on Potbelly for their livelihoods, we applied for and received a loan. The funds will go to our dedicated employees, to preserving jobs and to keeping shops open.”

After the confusion surrounding the first round of PPP loans (who is allowed to apply, how do you apply, how do you qualify, etc.), the federal government took steps in April to make sure that each of the SBA-administered loans were going to small businesses.

On April 29, U.S Treasury Secretary Steve Mnuchin said that businesses that received more than $2 million in loans from the Paycheck Protection Program would be audited and that publicly traded businesses would have until May 7 to either certify that the loan was necessary for continued operations or return their PPP loans. If they declined to do so, companies would be “held criminally liable.”

But the U.S. Treasury Department released data on which companies received PPP loans in July, and even though several larger companies did return their loans, 38 publicly traded businesses were still able to get approved for loans of between $5 million and $10 million, according to Fortune.

Potbelly same-store sales improved from a 68% decline in March to a decline in the mid-20s, according to the company’s latest earnings release on August 5.

Nation’s Restaurant News has reached out to Potbelly for further clarification on their PPP loan eligibility.