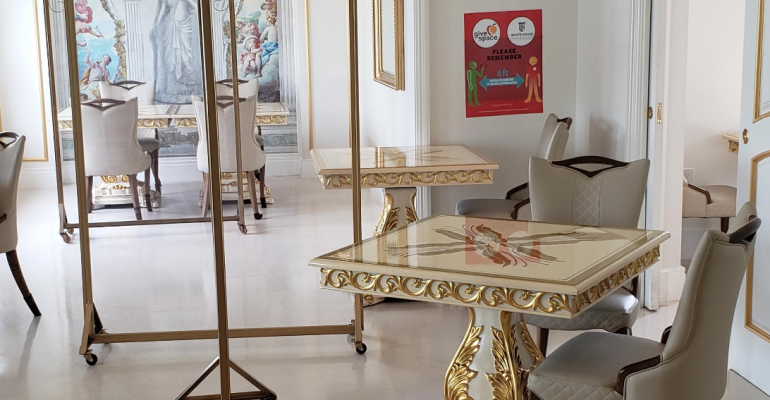 National Restaurant Association: 75% of restaurant operators don’t expect to turn a profit in near future

About 55% of operators with temporarily closed restaurants said there are not enough customers to justify reopening; the industry has lost $120 billion since the onset of the coronavirus crisis, according to the latest NRA survey

Restaurant operators don’t expect to turn a profit within the next six months as the industry lost $40 billion in May, bringing the total economic losses tied to the coronavirus crisis to $120 billion, according to a report released Monday by the National Restaurant Association.

The trade group has been surveying its members since the crisis began. Its latest survey includes responses from more than 3,800 restaurant operators surveyed from May 15 through May 25, down from more than 6,500 operators who responded in April.

With dine-in operations resuming across the country, the association asked why some operators are not reopening dining rooms even if allowed. A majority, or 66% of respondents with restaurants open for takeout and delivery, said it is “too soon” to reopen dining rooms from a health perspective. About 34% of those same operators said there are not enough customers to justify reopening.

Overall, 75% of all operators surveyed said it is unlikely their restaurant “will be profitable within the next six months.”

The NRA, which has pushed Congress for industry support throughout the crisis, said industry-wide losses are expected to reach $240 billion by the end the year, indicating that the average monthly losses — while still substantional — are on the decline compared to peak losses in April.

“State mandated stay-at-home policies and forced closures of restaurant dining rooms resulted in losses of $30 billion in March, $50 billion in April, and another $40 billion in May,” the NRA said.

In the past two surveys, the association said that roughly 3% of all restaurants have closed permanently. The organizationa has not updated that figure, only stating that the final number of closures will be “in the tens of thousands.”

A research report released by the Independent Restaurant Coalition last week said up to 85% of independently owned mom-and-pop restaurants could close permanently by the end of the year if they don’t receive additional financial support. The IRC is an advocacy group for the nation’s estimated 500,000 independent restaurants, or about 76% of all restaurants.

The latest economic projections for the industry come as hundreds of full-service restaurants across the U.S. have reopened dining rooms with limited occupancy. Last week, Huntington Beach, Calif.-based BJ’s Restaurants Inc. said it would have dining rooms open at more than 85% of the chain’s system.

Red Robin Gourmet Burgers said last week during its latest earnings call that 80% of its more than 550 restaurants are expected to reopen for dine-in service over the next 40 to 45 days. Bloomin’ Brands Inc., parent to the Outback Steakhouse, Carrabba’s Italian Kitchen and others has resume dine-in at about three-quarters of its U.S. restaurants, the company said Thursday.

Limited-service chains, especially those with drive-thru locations, have not been as eager to reopen dining rooms.

On Monday, The NPD Group said 69% of restaurant units are now in geographies that permit some level of on-premise dining and the number could increase to 74% in week ending June 14.

The market research firm also said transactions were down 14% at major restaurant chains for the week ending June 7. That represents a 29-point gain from the steepest decline during the COVID-19 pandemic, when transactions plunged 43% in week ending April 12, NPD reported.

Update: This story was edited to include market research from The NPD Group.