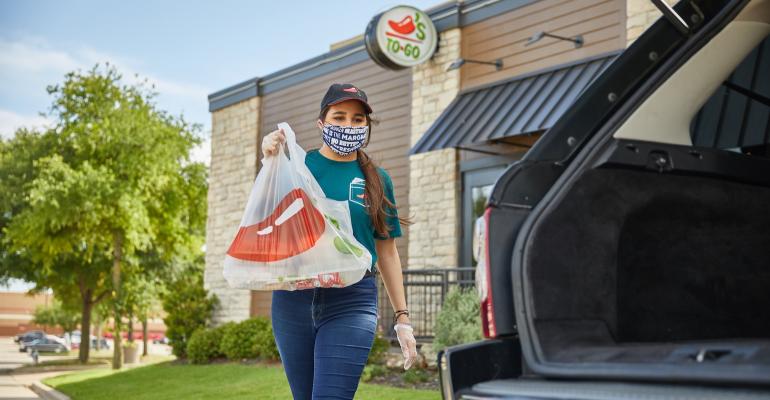 Brinker International Inc., parent to the Chili’s Grill & Bar and Maggiano’s Little Italy brands, has reopened about 82% of its domestic restaurants to dine-in customers as coronavirus restrictions ease, the company said Tuesday.

The Dallas-based casual-dining company said 873 Chili’s restaurants were offering dine-in capacity as of June 8 and same-store sales for those locations were down about 11% for the week ended June 3 compared to the same period last year.

“As we reopen our dining rooms across the country, our commitment is to do so safely, including training for team members and physical changes in our restaurants,” said Wyman Roberts, Brinker CEO, in a statement. “With hospitality in our DNA, we're glad to be together again, but at a safe distance.”

Brinker said its Chili’s division had retained more than 70% of its off-premise sales after dining rooms reopened as of the week ending June 3, compared to the week ending April 29.

The company said it was generating positive operating cash flow, utilizing it to pay down outstanding debt, and it was “substantially current with all rent obligations.”

As of June 3, Brinker’s cash on hand was about $113 million and its revolver availability was $429 million, “resulting in available liquidity of $542 million.”

Same-store sales for comparisons restaurants, or those open more than 18 months, for the company-owned Chili’s brand were down 18.9% systemwide (including both those with opened dining rooms and others) in the week ended June 3 and down 69.9% for Maggiano’s.