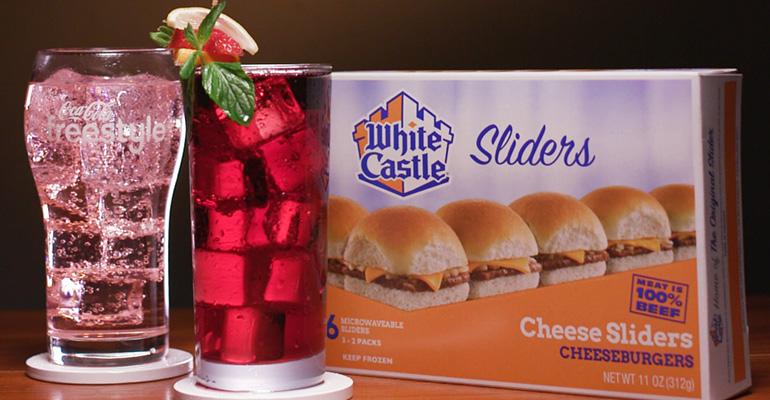 White Castle
The Midnight Merlot is one of three drink pairings White Castle has provided at-home recipes for to simulate late-night, inebriated cravings for the brand.
News>Quick Service

White Castle is digging into its late-night stoner roots

With a new drink pairing for its sliders, the brand is embracing its inebriated fan base

White Castle is unofficially known as the restaurant chain for people who have already had themselves a fun night — think “Harold and Kumar go to White Castle.”

In fact, as recently as 2016, data from Foursquare and Swarm indicated that White Castle gets around 20% of its business from 10 p.m. to 4 a.m., more than any other chain in the segment, including another stoner-favorite, Taco Bell.

But the pandemic has put a damper on imbibers being out and about and seeking a late-night meal. Bars in many states have been shut down, or curfews are in place as early as 10 p.m. So White Castle had to think of a way to get that late-night business back on track.

Enter the new “Cocktails and Craves,” a campaign featuring cocktail pairings to go with three of the most popular menu items — the Original Slider, Cheese Slider and the Jalapeno Cheese Slider.

Cocktail recipes — to be made at home — that pair with the Original Slider, for example, include the Orange Afterglow, a beer and orange ginger ale drink. With the Cheese Slider, White Castle recommends a Castillo Rosa Margarita made with pink lemonade. And for the Jalapeno Cheese Slider: A Midnight Merlot Punch that mixes merlot with raspberry Sprite, garnished with fruit and fresh mint.

As Harold and Kumar famously said, "No matter what, we are not ending this night without White Castle in our stomachs."