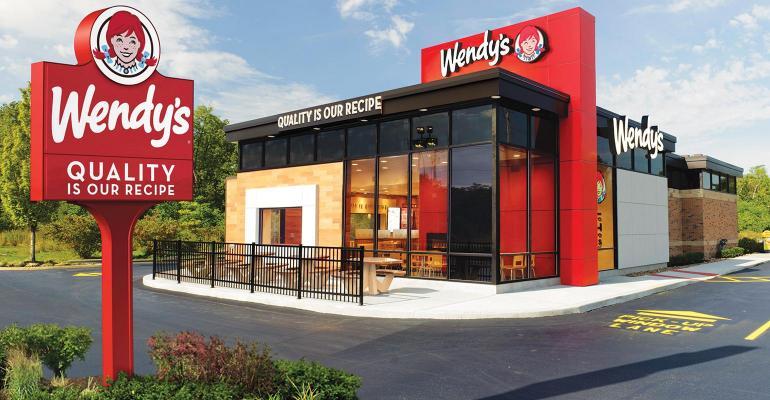 Wendy’s and Massachusetts have reached a $400,000 settlement over allegations of child labor law violations at 46 company-owned locations in the state.
News>Quick Service

Wendy’s International LLC and Massachusetts have reached a $400,000 settlement over allegations of child labor law violations at 46 company-owned locations in the state, the state attorney general’s office said Wednesday.

Maura Healey, Massachusetts' attorney general, in a statement said, “Wendy’s came into compliance as a result of our investigation and took meaningful steps to ensure a safe and productive work environment for its young workers.”

As part of the settlement, $200,000 of Wendy’s payment will be directed to a fund administered by the attorney general’s office to benefit young people through education programs about child labor and enforcement of the laws and provide training and workforce development for young workers.

The attorney general began investigating Wendy’s after receiving a complaint from a minor employed at a Wendy’s in Worcester, Mass., alleging that minor employees were working too late into the evening and too many hours per day.

The attorney general said Wendy’s cooperated with the investigation and provided records “for several locations that showed the restaurant was in violation of two child labor laws by allowing 16- and 17-year old employees to work later than the law allows and beyond the nine-hour daily limit.”

A Wendy's spokeperson said Thursday: “We are committed to being a responsible employer, with the goal that all employees have a rewarding experience as valued members of our team. As reflected in our interactions with the Massachusetts’ attorney general’s office, we take this matter very seriously and appreciated their input and partnership throughout the process.”

Massachusetts in January reached a settlement with Newport Beach, Calif.-based Chipotle Mexican Grill over child labor and wage violations. The Chipotle investigation, which started in 2016, led to the company being cited $1.37 million in restitution and penalties for 13,253 child labor violations and other state wage violations at more than 50 restaurants. Chipotle accepted civil citations as part of the settlement.

In the Wendy’s investigation, the attorney general estimated more than 2,100 violations at Wendy’s restaurants in Massachusetts.

After Wendy’s was informed of the investigation’s findings, the attorney general’s office said, “The company undertook changes to its business practices such as modifying its scheduling system to flag minor scheduling issues for managers, issuing all minor employees a red visor to indicate to managers that they are under 18, including child labor processes in daily checklists for manager, and undertaking significant training and auditing efforts.”

The Massachusetts attorney general's office said it also recently reached a $400,000 settlement with Qdoba $400,000 for more than 1,000 child labor law violations at 22 corporate-owned locations in the state.