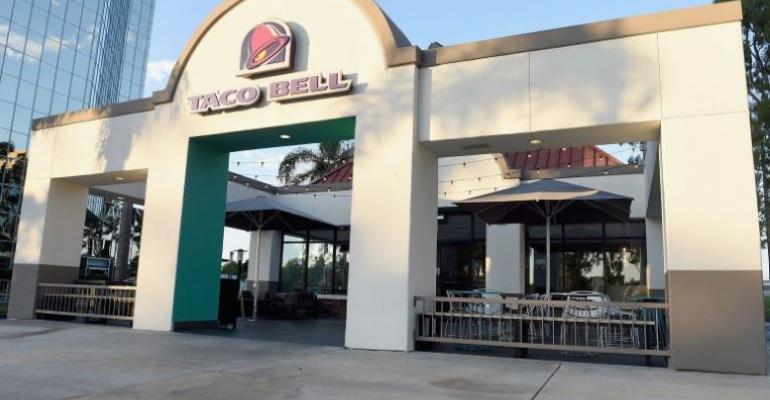 Brand says it was ‘disappointed’ by incident; Leaders at chain and Yum Brands apologize

Following an incident in Ohio where an employee was told to remove his Black Lives Matter mask, Taco Bell Corp. on Thursday issued a statement saying it was “disappointed” about what happened. The chain, a division of Yum Brands, said it is also working to “clarify” its mask policy.

“We believe Black Lives Matter. We were disappointed to learn about the incident that took place in Youngstown, Ohio,” the company said in a statement to Nation’s Restaurant News. “We take this very seriously; we have been working closely with our franchisee that operates this location to address the issue.”

On Thursday, the brand also tweeted a statement.

The Irvine, Calif.-based chain, whose CEO Mark King posted a letter June 2 stressing the brand’s support of inclusion and diversity following the “senseless” killings of Black Americans such as George Floyd, said Taco Bell’s chief people officer and Yum’s chief diversity and inclusion officer spoke with the employee, Denzel Skinner. The two executives apologized to Skinner, who was seen on a viral video questioning a superior for allegedly firing him for refusing to remove his Black Lives Matter mask.

“I’m standing up for what matters,” Skinner said.

A Taco Bell employee, not shown in the video, tells him you “can’t bring politics” into the restaurant.

Taco Bell said it is the company’s “goal is to ensure our policies are inclusive and keep our team members and customers safe. While our policies at restaurants do not prohibit team members from wearing Black Lives Matter masks, we are working to clarify our mask policy so this doesn’t happen again.”

Sarah Diehl, a human resources executive and founder of Empowered Hospitality consultancy in New York, said companies have an interest in "establishing uniform guidelines that represent their brand in a certain way, but must also consider the value their employees place upon physical expression and individualism."

"Where those two interests meet and sometimes conflict, companies need to carefully craft rules that make sense for all parties," said Diehl, who works primarily with restaurants in New York City.

Floyd, a 46-year-old Black man, was killed while in police custody on May 25 in Minneapolis. Several videos, now seen around the nation and world, showed a police officer, who is white, pinning Floyd to the ground by pressing down on his neck.

Floyd’s public death sparked outrage among civil rights advocates, who took to the streets to protest. Some demonstrations, which included people in “Black Lives Matter” gear or waving placards with the phrase, led to violence and looting of businesses from mom-and-pop shops to Target.

Soon after, top restaurant companies in the U.S. including Taco Bell began issuing statements underscoring their intolerance for racism.

“I am committed to fostering inclusion and embracing and supporting diversity in all of its forms,” King said in his June 2 memo. “This is something I feel we all can strive to live by. We have a lot of work to do to combat systemic racism in America, but one of the first things I want to start with is listening.”

Last week, Starbucks also had an issue with Black Lives Matter gear. The coffee chain reportedly had expressed concern in an internal memo that wearing gear in support of Black Lives Matter was against the company dress code policy. The policy bans pins or buttons that “advocate a political, religious, or personal issue.”

Company leaders were concerned that wearing symbols associated with the racial justice movement could lead to “amplifying divisiveness.”

After the memo was leaked to the public, the Seattle-based chain did an about-face.

The company said it would start designing T-shirts in partnership with their Black Partner Network for baristas to wear to “demonstrate our allyship and show we stand together in unity.”