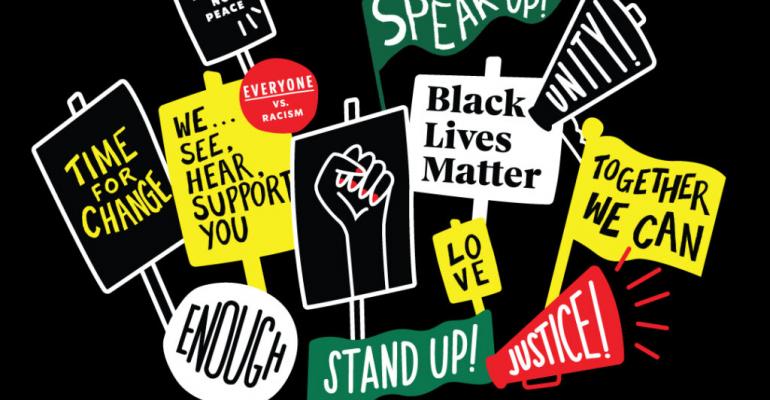 In a letter from Starbucks Chief Operating Officer Roz Brewer, Executive Vice President Rossann Williams, and Vice President of Inclusion and Diversity Zing Shaw, Starbucks said the company is designing tee-shirts in partnership with their Black Partner Network for baristas to wear to “demonstrate our allyship and show we stand together in unity.” Until then, Starbucks employees will be permitted to wear Black Lives Matter pins and shirts.

Related: Starbucks plans to open 90% of U.S. stores by the beginning of June during coronavirus recovery phase

“We are so proud of your passionate support of our common humanity,” the letter from the Starbucks executives said. “We trust you to do what’s right while never forgetting Starbucks is a welcoming third place where all are treated with dignity and respect.”

The coffee company has outwardly promoted the Black Lives Matter movement, and donated $1 million to organizations that promote racial equality. But in the original internal memo, Starbucks expressed concern that wearing gear in support of Black Lives Matter was against the company dress code policy, which specifically bans pins or buttons that “advocate a political, religious, or personal issue.”

The memo also referred to a now-deleted video released by Shaw, explaining that “there are agitators that misconstrue the fundamental principles of the Black Lives Matter movement and in certain circumstances, intentionally repurpose them to amplify divisiveness.”

At the time, Starbucks employees pointed out to BuzzFeed that the company encourages and even sometimes provides pins and buttons promoting LGBTQ rights and marriage equality. But, they pointed out, Black Lives Matter, which similarly promotes the equality of a targeted minority group, was not allowed to be promoted or worn by baristas at work.

Calvin Bensen, a Starbucks barista from Atlanta, told BuzzFeed the Starbucks ban “prioritizes those who feel discomfort over Black lives,” adding, “My skin color incites violence at Starbucks. Should I not come to work?”

A Starbucks spokesperson told BuzzFeed on June 12 that the company is “dedicated to helping end systemic racism,” but that the dress code would be remaining in place because they wanted to “create a safe and welcoming” work environment for employees and customers.

In the revised letter released Friday to employees, Brewer, Williams and Shaw explained that they will unveil further operational guidance on June 15.

“Together, we’re saying: Black Lives Matter and it’s going to take all of us, working together, to affect change,” the letter said. “That means using our voice to vote in our elections, volunteering in our black communities, joining local peaceful protests, ensuring our diverse slates of job candidates translate into diverse hires, mentoring and sponsoring partners of color so they can reach their maximum potential and taking steps to build greater understanding with empathy. Most importantly, it means ensuring we create a safe third place where you are seen, heard and valued.”