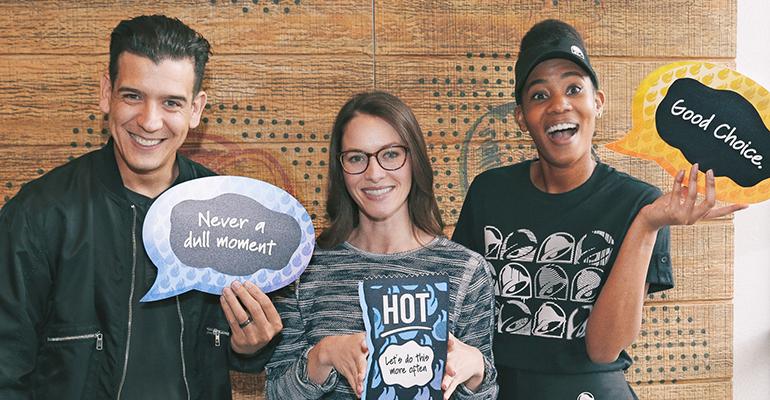 The parties, scheduled April 22 to 27, will include free food, trivia games, Instagram photo ops and Taco Bell swag. Qualified job candidates will be interviewed — and possibly hired on the spot.

The parties are taking place in 450 cities across the country for positions ranging from drive-thru workers to management. To seal the deal, Taco Bell will explain to applicants the perks associated with working for the Irvine, Calif.-based brand such as scholarship opportunities, tuition assistance and educational counseling.

“At Taco Bell, we believe that creating a different sort of work place starts with a hiring process as unique as we are,” chief people officer Frank Tucker said in a statement. “People are an integral part of the brand and Hiring Parties provide job candidates with an insider’s look at what makes Taco Bell restaurants a place to want to work and grow.” 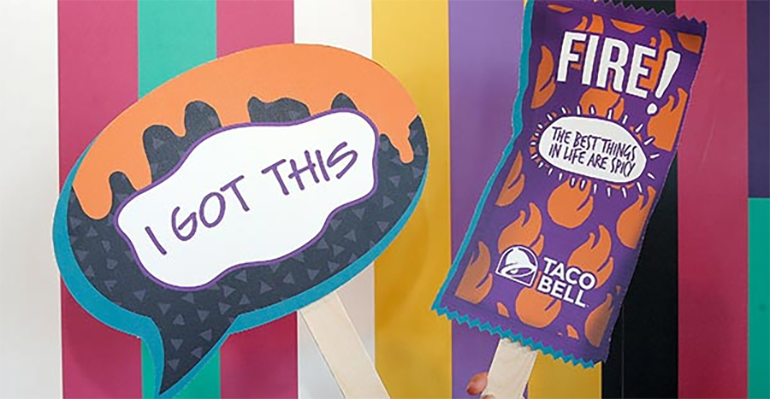 Last year, four Taco Bell restaurants in Indianapolis piloted the hiring parties, where half of the 40 hires made were teens. That falls in line with the chain’s company unit average. More than 55 percent of employees at Taco Bell corporate stores are ages 15 to 24, Taco Bell told NRN last year in the publication’s award-winning “Teen Vision” special report.

Taco Bell’s twist on the standard job fair comes as the fast-food industry is struggling to hire teens, once a fast-food tradition.

According to the Pew Research Center, “even though there are more working-age teens today than in 2000, far fewer of them are in the labor force.” In a July 2018 report, the center estimated roughly 5.7 million teens were working in June, down from 8.1 million in May 2000.

One reason: Teens are either finding more flexible jobs in the gig economy, or simply choosing to take extra coursework during the summer, said Micah Rowland, chief operating officer at Fountain, a recruiting and hiring platform for hourly workers.

“Because of the rise of the so-called gig economy, there are a vast number of opportunities for surplus income,” said Rowland, whose clients include fast-casual brands.

And even if Taco Bell walks away with several good hires, Rowland said the chain must work even harder to keep them. 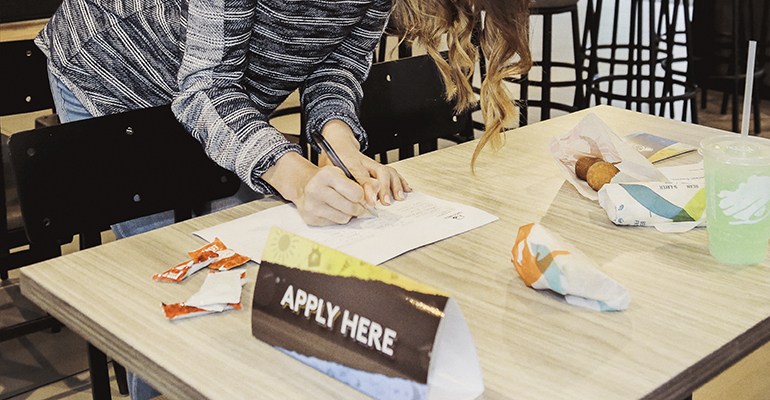 The hiring parties are just a “Band-Aid” for an internal problem, Rowland said.

“A move like this is not a bad idea,” he said of the parties. “I don’t see it addressing the fundamental problem, which is retention.”

Taco Bell said it is working on many initiatives “dedicated to innovating the restaurant employee experience.”

This year, the company launched a test of an app that allows employees to access their schedules and pick up or change shifts from their smartphones The company also is offering one free meal per shift for all corporate store-level employees.

“It is important to ensure passionate employees can get the most out of their time working at a Taco Bell restaurant — beginning on day one,” Bjorn Erland, vice president of people and experience, said in a statement. “Whether you start in a Taco Bell restaurant as a seasonal team member or stay for a decades-long career, everyone should be able to pursue their personal, professional and educational passions.”