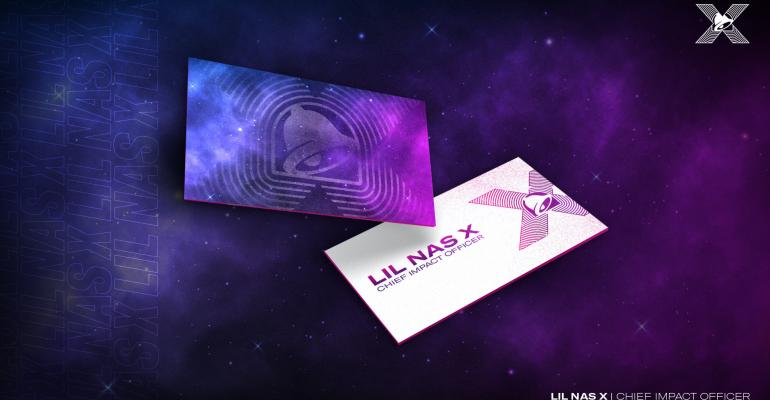 The morning daypart will be back at about 90% of U.S. units by mid-September

Taco Bell is celebrating the return of breakfast to about 90% of the chain’s restaurants nationwide by mid-September with the help of a returning former employee:

The megastar rapper and singer/songwriter — who as recently as four years ago was a team member at an Atlanta-area Taco Bell — was named honorary chief impact officer on Monday, a role the Irvine, Calif.-based chain said will “allow him to collaborate on the brand experience from the inside out.”

Lil Nas X will make a cameo in a new breakfast marketing campaign that kicked off this week as U.S restaurants continue to bring back the morning menu. Last year, Taco Bell reduced breakfast hours after the COVID shutdown, when commuters were largely working from home and skipping the drive-thru for breakfast.

Taco Bell will also team up with Lil Nas X to offer an exclusive experience around the upcoming release of his album “Montero,” with new menu innovations, though the company declined to go into detail.

Earlier this summer, Lil Nas X paid homage to Taco Bell with the launch of the music video for his single, “Sun Goes Down.”

“Lil Nas X knows the job, the experience and the culture Taco Bell creates for its fans — including its people,” said Mark King, Taco Bell CEO, in a statement. “This unique partnership will deliver on more than just marketing, allowing us to tap into the genius of Lil Nas X to inspire our team members and align with our commitment to unlocking opportunities for young people.”