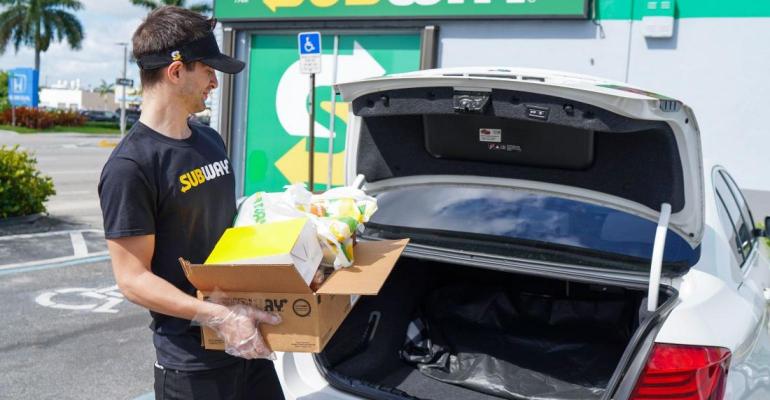 Sandwich chain’s app allows for option at 11,000 restaurants, or about half of U.S. stores

Subway has rolled out Contactless Curbside pickup to about half its U.S. restaurants, the company said recently.

The Milford, Conn.-based sandwich chain said curbside delivery is available via the Subway app and its website at about 11,000 participating restaurants.

“Curbside orders are even sealed with a tamper-proof sticker and delivered on a tray, ensuring a safe and completely contactless experience,” the company said of the program, which began in the summer.

The brand also offers in-app and online ordering with contactless pickup in the stores from designated areas at participating restaurants.

Contactless Curbside also is provided through the Subway app or the website, where customers place orders.

“When the guest arrives, parks in the designated curbside parking spot and taps ‘I'm Here’ in the Subway app, a masked and gloved ‘Sandwich Artist’ delivers their order directly to their car,” the company said.

Earlier this year, the company tested Subway Grocery at more than 100 units in Southern California.

Subway in April had issued new protocols for safety and cleaning in its restaurants.