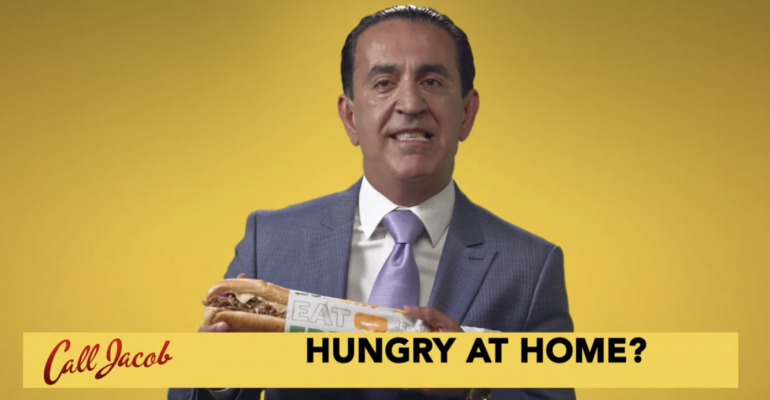 Subway is piggybacking on popular local advertising spots as it continues the marketing push behind its Eat Fresh Refresh campaign, which it introduced in July.

The Milford, Conn.-based sandwich brand this week deployed the next phase of marketing its Refresh menu update, which was introduced in July, with a trio of popular local ad celebrities.

“The next phase of our historic creative campaign takes the original idea of 'so much new to share' in creative and unexpected directions,” said Carrie Walsh, Subway’s chief marketing officer, in a statement. “There are even more surprise takeovers that we can't wait to share with our fans later this year.”

The takeover ads come to life beyond the screen. Viewers can call the 1-800 numbers featured in the ads for a special recording from Emrani or Boeckmann that encourages them to visit Subway or download the Subway app for pickup and delivery.

Rapinoe especially had received pushback from some customers, and then franchisees, who criticized her stance on political issues.