Walker told Nation’s Restaurant News in statement Friday afternoon that “leaving Subway was a hard decision for me, especially given the really great things happening at Subway right now.” 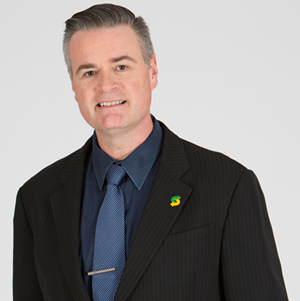 “This was more of a personal decision for me, than a professional one,” he said. “[Acting CEO] Trevor [Haynes] and the team at Subway have my admiration and respect. Trevor specially has been a fantastic boss, and mentor, and someone who I’ll continue to admire.”

Walker joined Subway in 2017 as the company’s vice president of development, a new position reporting directly to chief development officer. The industry veteran has had executive-level positions at Baja Fresh, Cinnabon and Johnny Rockets. In 2018, he was promoted to his current position.

In his roles at Subway, Walker acted as an unofficial brand ambassador, trotting around the country talking and listening to franchisees. Walker pushed several initiatives in 2018 including the rollout of an $80 million merchandising program called Fresh Now.

Fresh Now is one of many initiatives rolled out by the Milford, Conn.-based sandwich chain to revitalize the brand.  Walker repeatedly said in interviews that Subway was focused on rolling out programs increased profitability for franchisees.