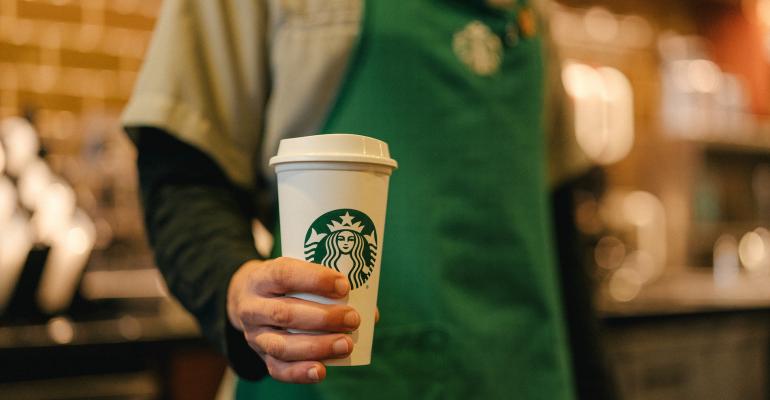 Starbucks closed the unionized Seattle store to make room for a licensed store with grocery store chain, QFC, while the Kansas City store (which had filed for a unionization election) has been added to the list of locations that corporate has closed for safety reasons.
News>Quick Service

Two stores in Seattle and Kansas City were shut down: the first to make way for a licensed Starbucks and the latter for safety reasons

As the rift between the Starbucks union and its parent company grows, two more unionized Starbucks stores – one in Seattle and one in Kansas City — have been closed by corporate. Starbucks closed the unionized Seattle store to make room for a licensed store with grocery store chain, QFC, while the Kansas City store (which had filed for a unionization election) has been added to the list of locations that corporate has closed for safety reasons.

While Starbucks said that the closure of the Seattle store to make way for the QFC-licensed version has been in the works for a while, the SBWorkers United union claims that as recently as last week, employees were being transferred to the store and they believe this is the latest example of Starbucks retaliating against the growing union activity in the company.

Related: The latest on all the drama at Starbucks

“Starbucks wants us to believe they’re not closing us down because we unionized, but because of a restroom issue that has been going on for years,” Sarahann Rickner, a shift supervisor at the Holman store said in a statement provided by SBWorkers United. “This most recent action further shows how desperate and afraid Howard Schultz is. He knows that he is on the wrong side of the law, the wrong side of public opinion, and the wrong side of history.”

As for the Kansas City store, this is in line with Starbucks interim CEO Howard Schultz’s plan to address safety concerns as part of the “era of significant reinvention” he promised to bring to the company. In July, Starbucks closed 16 stores due to safety issues and drug use in bathrooms. That same week, a video leaked of Schultz saying that those closures were “only the beginning” and that “many more” closures would be coming.

"We apply the same focus on safety at unionized and non-union stores and are closing non-union stores where we are similarly challenged in providing a safe environment for our customer and partner experience," a Starbucks spokesperson said in a statement sent to media.

In response, SBWorkers United workers agree that while safety concerns are one of the major reasons many employees choose to organize, they don’t understand why the company’s solution to addressing these concerns is to shutter stores rather than work with employees and the union.

The latest store closures were announced on the heels of Starbucks sending a letter to the National Labor Relations Board, accusing the government agency of unfairly supporting the union during the election process, including secret coordination of in-person voting at NLRB offices for a supposedly mail-in ballot election and mishandling ballots. Starbucks is calling for an immediate pause in election processes and an investigation into these claims.

That same week, the National Labor Relations Board issued a complaint of misconduct against Starbucks, alleging that the company had been “unlawfully interrogating employees about union organizing” during three separate occasions.

In response, a Starbucks spokesperson told Nation’s Restaurant News that the company “is committed to bargaining in good faith” with SBWorkers United, including their “willingness to bargain each store individually, recognizing the board’s certification of single store units and desire to bargain in person because […] in-person bargaining is the most likely to achieve a contract in good faith.”