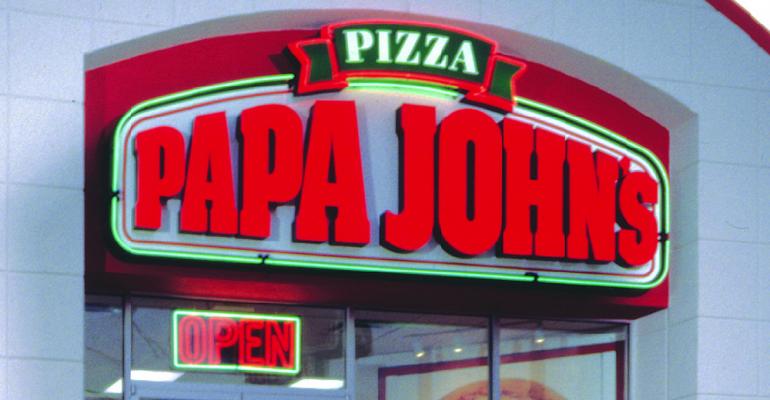 Papa John’s International Inc.’s chief development officer and president of its international division, Tim O’Hern, has retired, effective immediately, according to a filing Wednesday with the Securities & Exchange Commission by the pizza delivery chain.

His duties will be performed by existing executives, the filing said.

O’Hern remains a Papa John’s franchisee, operating nine locations in the United States, the filing said.
“We thank Tim for his many contributions to the company and are pleased that he will remain a franchisee and a member of the Papa John’s family,” the company said in a statement separate from the SEC filing. “We have strong, experienced international and development teams and expect a smooth transition.”

Although O’Hern first joined Papa John’s corporate team in 1995, he was new to the position of international president, having been promoted in May. He was already an senior vice president and chief development officer, however.

Swaysland was promoted to his current position at the same time.

O’Hern’s departure does not appear to be related to the ongoing drama at Papa John’s Louisville, Ky., headquarters, where current management is facing recrimination and lawsuits from both founder and former CEO and board chair John Schnatter and, separately, from a shareholder who has accused company officials as well as Schnatter of failing to disclose the company’s reportedly toxic culture.

That drama, which began last November when Schnatter, who was CEO at the time, blamed the chain’s flagging sales in part on the National Football League’s failure to quell silent protests from some of its players during the singing of the National Anthem. Schnatter stepped down as CEO in the fallout from that and became chairman of the board of directors, while his protégé at the time, company president Steve Ritchie, took on the additional role of CEO.

Since then, revelations about Schnatter’s use of inappropriate language during a May conference call resulted in his resignation as chairman in July. Schnatter later said he regretted his resignation and has been battling the board to be reclaim that leadership role.