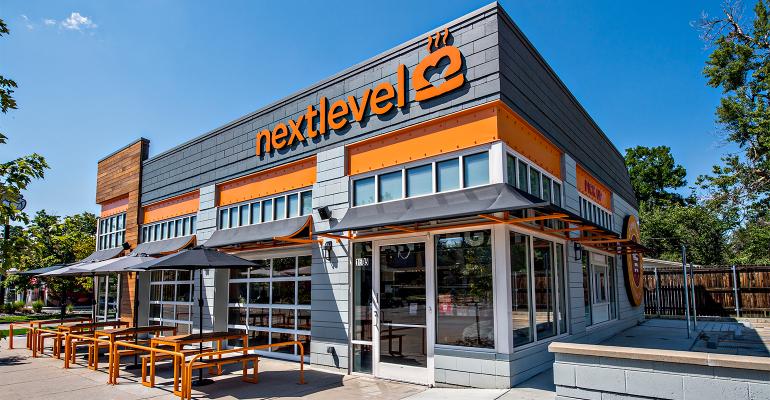 The funding will help Next Level Burger reach its goal of opening 1000 units by 2025.
News>Quick Service

Next Level Burger gets $20 million investment to reach goal of 1,000 units

Next Level Burger, the plant-based fast-food restaurant based in Bend, Ore., has completed a funding round worth $20 million, the chain announced on Tuesday.

“It means that our idea of reinventing the 21st-century burger joint into something that reflects the 21st isn't just something we thought made sense, but some smart money agrees it means that we are very fortunate that we are in a position to fuel our growth,” Next Level Burger CEO and co-founder Matthew de Gruyter told Nation’s Restaurant News. “But [we will] not be forced to compromise our value set in the process of growing. We retain the keys to the kingdom and control as much as any of us can control anything in this uncontrollable world.”

The funding will help the quick-service chain reach its goal of opening 1000 units.

“We're so very appreciative of the fact that we are not just in a position where it's a figurehead or a greenwashing sort of sentimental,” de Gruyter said. “We do sustainable but at the end of the day, we're here for the dollar bills. Dollar bills are important, but we're here to build a legacy.”

If you want to hear more from de Gruyter, listen to this recent episode of Extra Serving. He will also be speaking at CREATE: The Future of Foodservice in Denver Sept. 19.