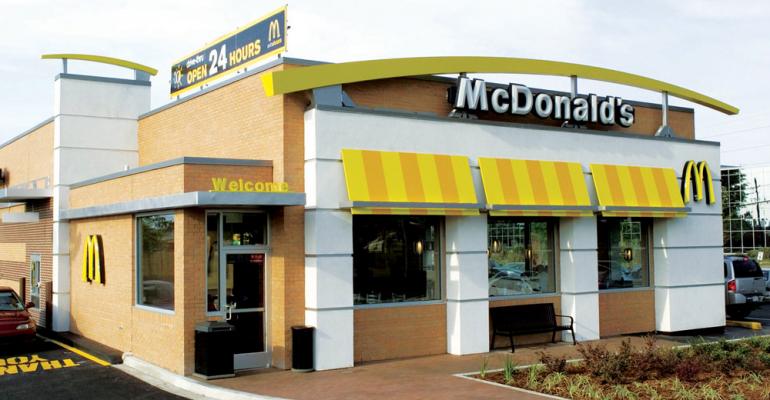 McDonald’s Corp. has negotiated new deals with two of its third-party delivery platforms, DoorDash and Uber Eats, and will be integrating McDelivery into its mobile smartphone app, the company said Monday.

McDonald’s said McDelivery has provided significant business and profit growth since it was launched in 2017 with 3,000 restaurants. Now, more than 32,000 restaurants in 100 countries have partnerships with local and global delivery platforms, the company said.

The company said the new deals “unlock favorable terms for franchisees,” allow for integration in the McDonald’s app and fit into the Accelerating the Arches strategy outlined last November.

“As McDonald’s expands customers’ ability to order delivery directly through the McDonald’s app, DoorDash and Uber will be preferred and trusted partners in fulfilling these orders in thousands of McDonald’s restaurants in the U.S. and globally,” a spokesperson said.

Delivery-order percentages remained elevated in McDonald’s third quarter, which ended Sept. 30.  Chris Kempczinski, the company’s CEO, said in an earnings call on Oct. 27 that McDonald’s had been talking with third-party delivery partners about individual markets.

“When you are a company the size and scale of McDonald's, we certainly believe we have a great proposition for [third-party delivery] partners on a global basis,” he said.

“So what we're trying to do through these conversations is leverage the fact that we are the largest restaurant company in the world, that we have an ability to drive traffic onto [third-party delivery] apps that we think is second to none and that should be reflected in the rates that we're paying,” Kempczinski said.

McDonald’s has nearly 40,000 restaurants in more than 100 countries. About 93% of McDonald’s restaurants are franchisee-operated.