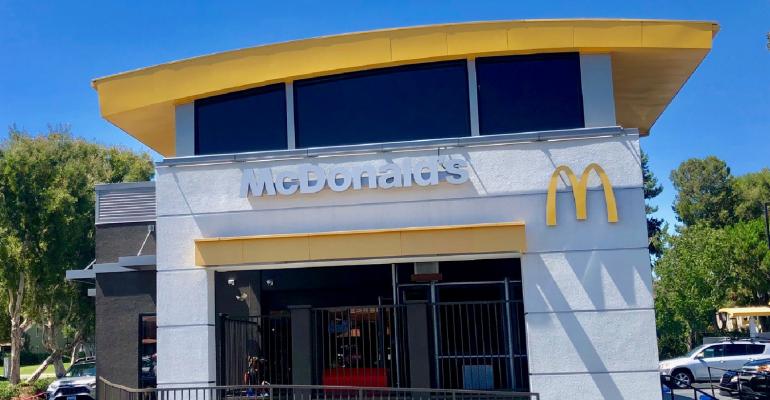 Nancy Luna
The complaint, filed Tuesday in U.S. District Court for the Central District of Illinois Rock Island Division, accuses managers of referring to Black cooks and cashiers as “ghetto” and “lazy” and subjected them to intentional race discrimination.
News>Quick Service

Illinois employees allege they were forced out, and retaliated against after complaining of unequal treatment

Black workers in Illinois have filed a federal civil rights lawsuit against McDonald’s Corp. and a local franchisee, accusing the companies of racial discrimination that led to employees being forced out and retaliated against after complaining of unequal treatment.

The complaint, filed Tuesday in U.S. District Court for the Central District of Illinois Rock Island Division, accuses managers of referring to Black cooks and cashiers as “ghetto” and “lazy” and subjected them to intentional race discrimination.

The employees are suing franchisee Gendco Inc. and McDonald’s, which is named as a joint employer in the case. The suit alleges that managers “engaged in severe or pervasive harassment of Black employees and customers.”

“A Latina manager stated in the presence of employees that the Black employees were lazy, and that the Latino employees are the ones who do all the work,” the suit states.

“It made me feel sick to my stomach to be described by my manager as not even worth being alive,” plaintiff Selynda Middlebrook said in a statement.

The new mother said her employers made it impossible to support her family because the store slashed Black workers’ hours.

“Try raising a newborn on less than $40 per week,” she said.

Trina Gendron, the McDonald’s franchisee, sent this statement to Nation’s Restaurant News: “I am deeply committed to running a values-led organization, and discrimination, harassment or retaliation of any kind are not tolerated in my restaurants. I take these allegations seriously and am currently reviewing the complaint and investigating these allegations."

McDonald’s Corp. did not provide a statement about the Illinois lawsuit.

Over the past several months, the brand has gone to great lengths to demonstrate their support of all employees during the pandemic and amid Black Lives Matter demonstrations.

In late July, the Chicago-based chain unveiled a series of refreshed values that directly address social injustice and the coronavirus pandemic.

CEO Chris Kempczinski, top leaders and franchisees from around the world said during a virtual conference that McDonald’s Corp. is committed to dismantling barriers to economic opportunity, accelerating cultures of inclusion and enhancing efforts to attract and recruit diverse franchisees.

On Tuesday, the brand said it is committed to supporting the Black community by providing scholarships through its Black & Positively Golden movement.

Arisha Hatch, Color Of Change vice president and chief of campaigns, said McDonald’s has been “quick to claim they support the Black Lives Matter movement, but in reality, its leadership has shown callous indifference towards its Black workers.”

In a separate discrimination suit, filed in July in Florida, plaintiffs amended their complaint after two of them were fired in retaliation for speaking out against racism on the job, according to labor advocacy group Fight for $15.

“They were fired for exercising their legal right to speak out against race discrimination,” lawyer Eve Cervantez said during a virtual press conference held Tuesday.

In a statement, McDonald’s USA said the company is “committed to leading with values and does not tolerate retaliation.”

“The allegations that employees were terminated for any reason related to ongoing litigation is categorically false,” the company said.

The Illinois lawsuit is the fourth racial discrimination lawsuit against McDonald’s this year, according to plaintiff attorneys.

“The situation at this McDonald’s franchise restaurant in Rock Island is symptomatic of a pattern of McDonald’s corporate leadership’s failure to address pervasive racism and anti-Black sentiment throughout the organization,” plaintiff attorney George Luscombe said in a statement.

Update, Oct. 13, 2020: This story was edited to include responses from McDonald’s Corp. and the Illinois franchisee.