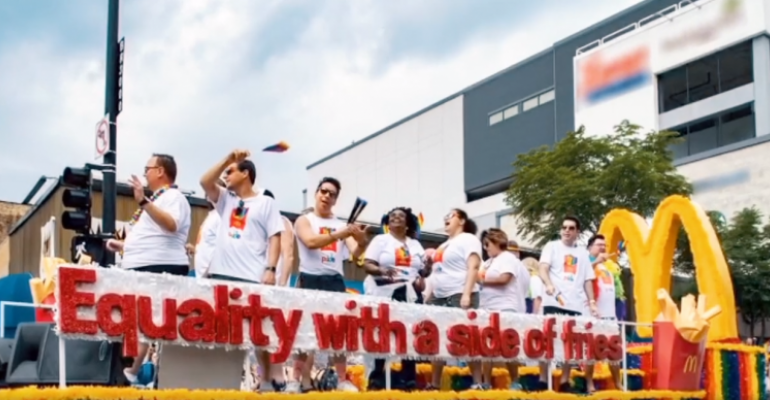 As McDonald’s faces harsh criticism for lack of diversity among employees, allegations of systemic sexual harassment at some restaurants and union disapproval of its ability to keep employees safe during the COVID-19 crisis, CEO Chris Kempczinski unveiled Wednesday a series of “do the right thing” values inspired by the chain’s architects Ray Kroc and Fred Turner.

Acting with urgency, the company revealed the five reinvigorated values at Worldwide Connection, the chain’s first-ever global virtual event that brought together restaurant workers, franchisees, corporate leaders and suppliers from around the world. The daylong digital summit replaced the Worldwide Convention in Orlando, which the company hosts every two years. It was supposed to be held in April, but the event was canceled due to the pandemic.

McDonald’s Corp. and its new leader Chris Kempczinski, who became chief executive in November, took the opportunity to recast the global event as a virtual gathering to unveil a series of refreshed values that directly address today’s issues tied to social injustice and the coronavirus pandemic.

In an hour-long video, Kempczinski, top leaders and franchisees from around the world discuss the brand’s new goals, which include dismantling barriers to economic opportunity, accelerating cultures of inclusion and enhancing efforts to attract and recruit diverse franchisees.

Related: McDonald’s to close more than 100 restaurants inside Walmart stores

Kempczinski said the world is living in a “moment of anger and sorrow.”

“We will do our part to fight systemic racism and to fight discrimination in all forms,” he said.

Guided by the company’s refreshed values, McDonald’s said it is committed to being better allies, better sponsors and better leaders.

“We also have to acknowledge that some people in our system feel like they haven't been given a fair opportunity. We've got to face up to that fact, and do better,” Kempczinski said.

The company also announced a new partnership with the Mayo Clinic, which will provide the brand with their expertise on best practices to mitigate the spread of COVID-19.

“The engagement with Mayo Clinic reflects the next step in McDonald’s efforts around the world to further enhance hygiene and cleanliness practices in support of customer and crew safety,” the company said.

Since the pandemic forced restaurants to close dine-in services in mid-March, McDonald’s has implemented a series of expanded safety protocols to keep employees and guests safe at 38,000 restaurants in nearly 120 countries. Those safety requirements, such as daily wellness checks on employees, involve more than 50 process changes in U.S. restaurants.

“This public health crisis is far from over,” Kempczinski said in a statement. “Consulting with Mayo Clinic allows us to further apply leading edge science to our restaurant practices.”

Company representatives did not respond when asked how many employees at McDonald’s have tested positive or died from COVID-19.

On Wednesday, Kempczinski said the virus has impacted the chain’s restaurants.

“COVID-19 is impacting us all. Businesses have closed. Jobs have been lost. Safety has taken on a new meaning,” he said in the video. “And everywhere people have suffered loss. At McDonald’s we too have lost team members. We’ve lost friends, co-workers and members of our extended family.”

Kempczinski said the company’s refreshed values embrace those taught by Kroc and Turner, who wanted McDonald’s to be an admired brand that accelerates societal change.

Also featured in the video presentation was Heidi Capozzi, the brand’s newly appointed executive vice president and global chief people officer. Capozzi started in mid-April, the peak of the coronavirus pandemic and several weeks before protests would erupt over the killing of George Floyd by a police officer in Minneapolis.

The killing, caught on video, has prompted companies to stand up against systemic racism.

Capozzi said McDonald’s, a global leader in the industry, has the responsibility to make changes both inside and outside of the arches “to drive equitable opportunity for all who encounter our brand.”

Her inclusion plan includes using the influence and scale of McDonald’s “to accelerate meaningful and overdue societal change for our employees. franchisees, suppliers, customers and communities.”

The company plans to track and audit diversity efforts to ensure McDonald’s is staying true to the communities they serve — from the hiring process to advertising campaigns. 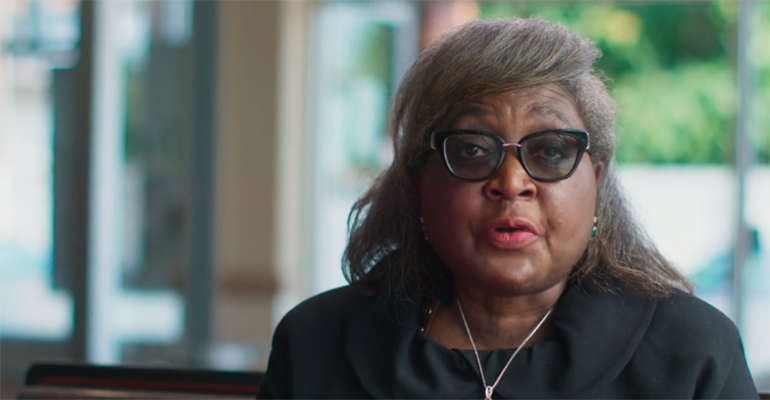 Yolanda Travis, owner/operator at McDonald's in Chicago, during the video released by the company.

Yolanda Travis, a longtime Black owner/operator of a historic McDonald’s in Chicago, spoke on the video about what it will take to make permanent changes at McDonald’s.

“Let's not just put the words out there in the streets. Let's not just make change because it's a quick fix. Let's do it. Let's make it permanent and so that we all can be one loving diverse McDonald's family,” she said.

Kempczinski capped the video by stating: “I really believe that we have a historic opportunity right now. Now is the time to write the next great chapter of the McDonald's family story. We are universally respected as a company. I believe we can become universally admired as a brand too.”