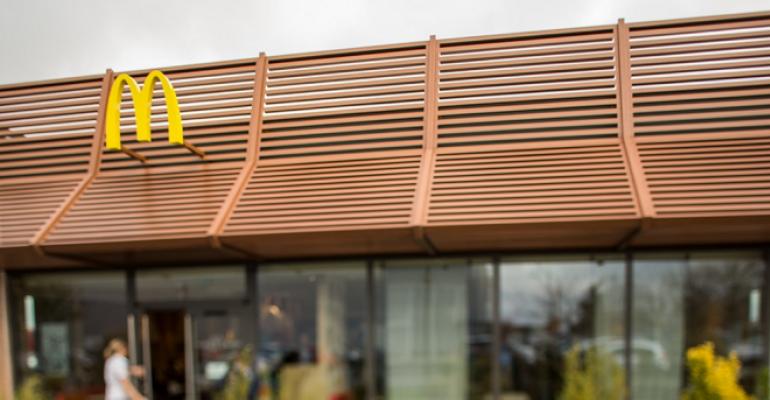 More than 50 Black former McDonald’s franchisees claim they were misled about economic opportunities; McDonald’s denies allegations, saying they ‘fly in the face of everything we stand for’

More than 50 Black former franchisees of McDonald’s have sued the Chicago-based chain for millions in damages, alleging the burger giant misled them about economic opportunities of being an operator when in reality the company placed them in “crime-ridden” neighborhoods with underperforming sales.

“McDonald’s proclaims a commitment to racial equality, profits from its Black customers, yet places Black franchisees in locations that are destined to fail with low-volume sales,” according to a lawsuit filed late Monday in the U.S. District Court for the Northern District of Illinois.

Citing data from the National Black McDonald’s Operators Association, the suit states that the cash flow gap between Black operators and “white” operators more than tripled from 2010 to 2019.

McDonald’s said it is “highly inaccurate” to suggest that the company limits opportunities for Black franchisees to operate in certain communities. In fact, the brand said it has sold high-performing company-owned restaurants in various communities to Black franchisees, who ultimately have the final say on which restaurants they wish to purchase.

“These allegations fly in the face of everything we stand for as an organization and as a partner to communities and small business owners around the world,” the company said in a statement. “Not only do we categorically deny the allegations that these franchisees were unable to succeed because of any form of discrimination by McDonald’s, we are confident that the facts will show how committed we are to the diversity and equal opportunity of the McDonald’s System, including across our franchisees, suppliers and employees.”

The suit also says the number of Black-owned McDonald’s restaurants has been cut in half from a high of 400 in 1998.

“Each and every one of these businessmen and women tell a story of dashed hopes and lost dreams,” James L. Ferraro, attorney for the ex-franchisees, said in a statement. “The world will soon see how these 52 people of color risked everything on the Golden Arches only to be kept down, marginalized and driven to ruin.”

McDonald’s said over the years there's been consolidation in the total number of franchise organizations across all demographic groups. As such, overall representation of Black operators in the McDonald’s system is broadly unchanged, the company said.

The lawsuit comes more than a month after McDonald’s CEO Chris Kempczinski hosted a worldwide summit where he unveiled refreshed company values aimed at fighting systemic racism and discrimination.

The reinvigorated values were inspired by the chain’s architects Ray Kroc and Fred Turner, and were released at a virtual convention attended by restaurant workers, franchisees, corporate leaders and suppliers from around the world.

In a video statement sent to employees and suppliers, Kempczinski said he takes “seriously and personally any suggestion that our organization has not lived up to our values.”

The CEO, who started in November after Steve Easterbrook was fired, said his priority is to seek the truth. Based on a review of the charges, McDonald’s disagrees with the claims in this lawsuit, he added.

“We intend to strongly defend against it,” he said.

“I think it’s important in moments like this to remind ourselves what we do stand for,” he said. “And as CEO, that’s a tone I intend to continuously set from the top. McDonald’s stands for diversity, equity, and inclusion.”

The ex-franchisees named in the suit, who operated 200 stores collectively, are seeking compensatory damages ranging from $4 million to $5 million per store, the suit said.

Update: This story has been edited to include a statement from the attorney for the plaintiffs.