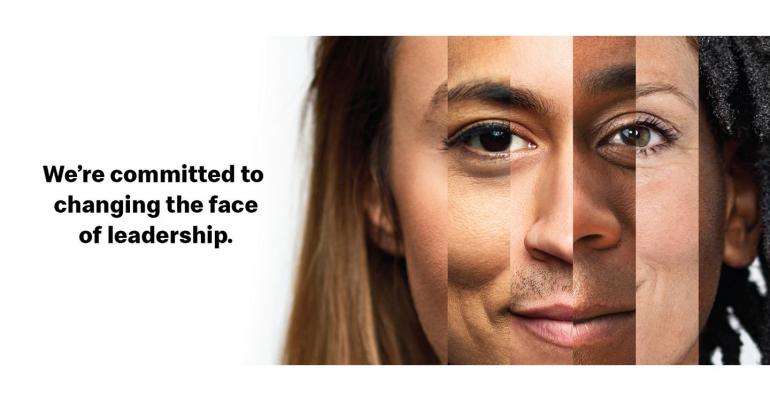 McDonald's
McDonald's will also be tying executive compensation to the fulfillment of these new diversity and equity goals.
News>Quick Service

McDonald’s commits to leadership diversity; 35% of leadership roles will be held by people from underrepresented groups by 2025

“As a world-leading brand that considers inclusion one of our core values, we will accept nothing less than real, measurable progress in our efforts to lead with empathy, treat people with dignity and respect, and seek out diverse points of view to drive better decision-making,” McDonald’s president and CEO Chris Kempczinski said in a letter to employees published on LinkedIn.

In the announcement Tuesday, McDonald’s also stated that beginning this year, they will be tying these “human capital management” metrics to compensation for their executive vice presidents, according to a filing with the U.S. Securities and Exchange Commission. Though compensation awards will be mainly based on sales performance, it will now also consider executives’ ability to “champion their core values,” improve representation for women and underrepresented groups and advocate for inclusion culture.

Other aspects of McDonald's' action plan for improving diversity, inclusion and gender parity include active engagement with internal and external diversity groups, measuring internal sentiment via their new “inclusion index,” mentorship and sponsorship programs with emerging leaders and junior women/employees from underrepresented groups, and making sure that candidate slates for new executive roles are diverse.

McDonald's has been facing accusations of unfair and racist treatment from minority employees and franchisees including a lawsuit filed Tuesday by former Oakland A's player Herb Washington, who was once the largest black McDonald's franchisee (formerly 27 locations, and now owns 12),and is alleging racial discrimination against himself and other Black franchisees. The lawsuit cites and alleged "racial steering" policy that would steer Black franchisees into poorer, predominantly Black neighborhoods that garnered less profit. As a result, the lawsuit claims, there is a performance gap between white and Black-owned stores. McDonald's has denied the accusations in the lawsuit, telling CBS that Washington was "facing business challenges and that they had "invested significantly in his organization" while giving him multiple chances over the years to address his challenges.

McDonald’s is not the only company publicly committing to a more diverse leadership force. Starbucks made similar promises to improve diversity and racial equity at their company in an announcement last October, with a goal of attaining a corporate workforce of at least 30% BIPOC by 2025.

“We are sharing these company goals with the system today as another step on our collective journey to achieve our collective ambition,” Kempczinski ended his letter. “In every area of our McDonald’s business — throughout every member of our global ecosystem and all three legs of the stool — we will live our values and use the strengths of our System to write the next chapter for this brand that we love.”