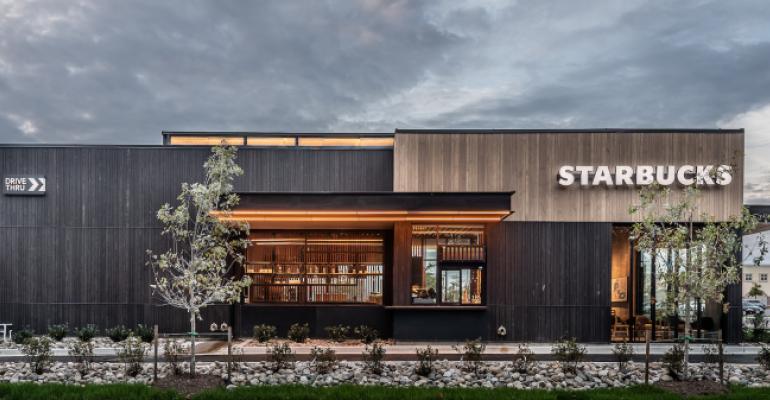 Starbucks
Company investments in workers will roll out this summer, with some coming in September and beyond.
News>Quick Service

Looking for external hire, Starbucks to name CEO in the fall

Howard Schultz will be staying on as captain of the Starbucks ship through the first calendar quarter next year.

In an update on Monday, the Seattle-based chain’s board of directors said the company is working toward naming the next CEO this fall, but “he or she” will undergo a full immersion into the global coffeehouse chain, collaborating with Schultz directly, with the handoff taking place during the first calendar quarter of 2023.

Schultz told the Wall Street Journal the company is only considering external candidates for the job, saying the company needs “a domain of experience and expertise in a number of disciplines that we don’t have now.”

Schultz, meanwhile, who returned as interim CEO in April to replace Kevin Johnson, will continue working on a “reinvention plan” for the company, the board said.

The moves come as Schultz also addresses a wave of union activity among Starbucks stores across the country, as well as charges of union busting

According to the Wall Street Journal, about 275 of Starbucks’ 9,000 U.S. company stores have filed for union elections. The National Labor Relations Board has certified unions at 72 units, as of last week, and union efforts failed at five locations.

Starbucks last week told workers a unit in Ithaca, N.Y. would close permanently in June, which employees there called retaliation for their vote to unionize, according to NPR. Starbucks reportedly said the decision to close the store was not related to union organizing, but blamed an overflowing grease trap.

In May, Schultz announced more than $1 billion in investments in Starbucks workers, including pay raises that start in August, as well as profit sharing, and enhanced healthcare that include mental health support, coverage for transgender surgery and travel expenses for abortion.

In a progress report on Monday, the company said some previously announced benefits will come in September and beyond, like student loan refinancing, faster sick-leave accrual, in-app tipping, career-mobility programs, new equipment and training. The company is also testing digital platforms for workers to better communicate with management.

The enhanced benefits, however, will not be extended to partners in unionized stores unless they are achieved through collective bargaining, the company said.

The CEO-replacement timeline is designed to ensure a seamless transition, the company said, and to keep continuity of leadership through the holiday season, typically a time of booming sales for Starbucks.