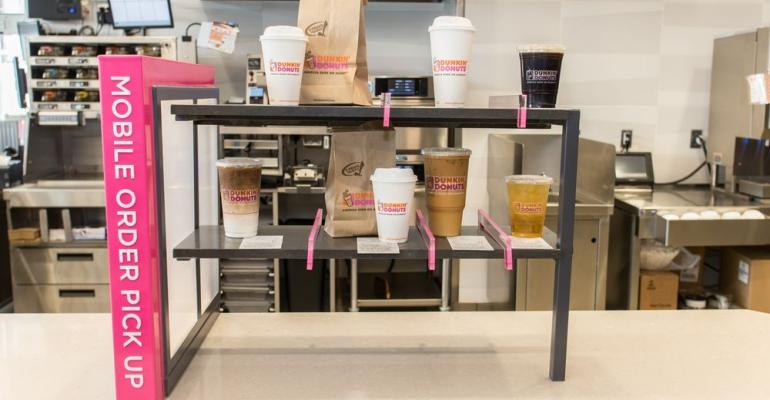 Inspire Brands to use Dunkin’ as blueprint for non-traditional growth

Arby’s and other sister brands within the portfolio are targeting airports, travel-related centers and campuses

With Dunkin’ leading the way, parent company Inspire Brands is planning a move into more non-traditional locations for all its brands, with priority on airports, travel-related centers and universities.

Later this year, Dunkin’ units are scheduled to open in airports, including New York’s JFK and Chicago’s O’Hare.

The plans are part of a larger strategy to push into non-traditional locations for all Inspire Brands, said Chris Burr, Inspire Brands’ director of non-traditional development. Atlanta-based Inspire — which is parent to Arby’s, Baskin-Robbins, Buffalo Wild Wings, Jimmy John’s, Rusty Taco and Sonic Drive-in, in addition to Dunkin’ — operates and franchises about 32,000 restaurants worldwide.

Of Inspire Brands’ portfolio, Dunkin’, which was acquired by Inspire late last year, is furthest along in its move into non-traditional locations, with about 10% of the chain’s 12,800 units in non-traditional sites.

A much smaller proportion of legacy Inspire Brands locations were non-traditional, he said, “but as a united family, all brands have the ability to share resources and key learnings.”

Because Dunkin’ has two decades of experience with various non-traditional sites, the parent company is using the coffee chain as a guiding blueprint for its other brands, sharing learnings on things like operating with a flexible or limited menu, adjusting design to suit smaller sites, using a remote or shared kitchen or shared seating, Burr said.

Inspire Brands also appears to be looking at the ghost kitchen space with plans for a 7,500-square-foot delivery and catering-only facility in Atlanta.

Arby’s, which has a fairly significant presence in travel centers, is probably No. 2 within the Inspire portfolio in terms of non-traditional locations, but Burr sees an opportunity for all of the brands to do more.

“It was an underserved portion of Inspire’s historic development,” he said. “We’re looking to target airports and other travel related locations, including travel centers, and universities as priority locations. But that doesn’t mean we won’t look at others, like court houses or train stations.”

Inspire is not alone in looking to non-traditional sites for development.

Dine Brands International on Monday announced plans to open five non-traditional IHOP units in Ontario, Canada, over the next five years, with the first in a truck stop.

An earlier version of this story misstated that Dunkin' had sought a permit for a ghost kitchen in Atlanta. It was Inspire Brands.
TAGS: Franchising
0 comments
Hide comments
Related
Sponsored