New modular design doesn’t sacrifice any of the restaurant chain’s style, but greatly reduces the expenses and time necessary to open a new unit

The new modular design is a result of years of research and development on the part of Larry Nelson, vice president of development for Richardson, Texas-based Golden Chick. He sought a universal building that would be ready to assemble in weeks rather than months.

Nelson and his team worked with permit offices to ensure the buildings — which come in already-assembled pieces — are universally approved across the state of Texas. Now the team is working on other states, cutting out one of the more difficult portions of franchising.

“This new model will allow our franchisees to go-to-market quicker than ever before, while reducing the overall development and operational costs,” said Jim Stevens, Golden Chick president, at the time of the initial announcement in early January. “The introduction of our first modular constructed restaurant is just one of many exciting announcements we have planned for this year. We are continuing to expand to new locations and introduce new menu items — you never know what we have up our sleeves. We are thankful for our partners that helped get us here and look forward to continuing the momentum we established last year.” 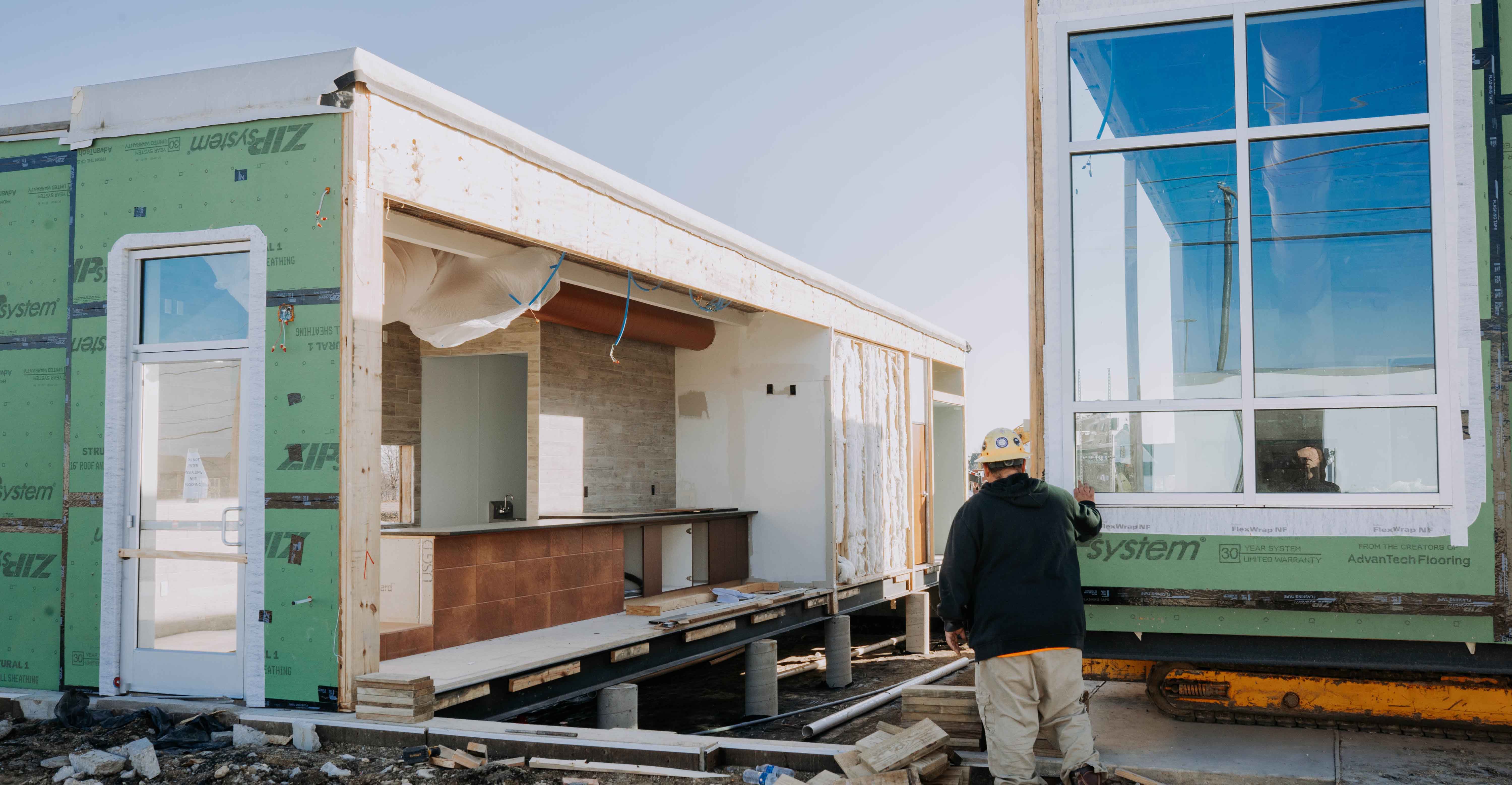 The first modular unit under construction in Texas.

The modular model takes about five weeks once the site is prepped and costs, on average, 10-15% less than earlier franchising models.

The current model features a drive-thru as well as an area for online order pick-ups in a 1,920-square-foot space. A 1,400-square foot model without interior seating is also currently in development and will be equipped with a drive-thru and walk-up order window.

Nelson spoke with Nation’s Restaurant News about the new prototypes which, while saving on price and time, don’t sacrifice any of the style elements Golden Chick is known for. Watch him detail the R&D behind the prototype here: