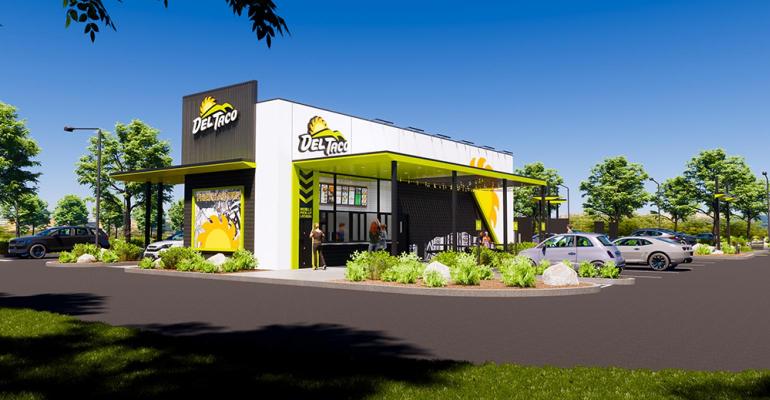 As the Lake Forest, Calif.-based quick-service Mexican brand is also innovating in the breakfast daypart and keeping an eye on the supply chain as those costs inched upward, said executives on an analyst earnings call for the second quarter ended June 15.

Digital innovation has been among sale-driving initiatives for the brand, said John Cappasola, Jr., Del Taco’s CEO and president.

“Our Del App membership continues to grow and provide us with a solid foundation for our new holistic CRM [customer relationship management] platform launched this September that will further digitize Del Taco and incentivize and reward fans for their loyalty,” he said.

“The launch will include a host of features and improvements to the Del App, including the launch of our points-based loyalty program, which will feature attractive rewards and exciting elite tiers, as well as data and attribution capability to drive personalized and valued experiences for our guests to increase sales and frequency over time,” Cappasola said.

The points-based loyalty program’s tiered structure is designed to motivate and reward behavior, he said.

The digital innovation comes as Del Taco has begun to see signs of inflation in the supply chain, a cost that was flat in the second quarter. The company has taken a 4% menu price increase.

Brake said the company now expects food inflation compared to last year of about 5% during third quarter and 4% during fourth quarter, resulting in a projected full-year inflation increase of about 2%.

“Overall, we've been very fortunate not to have experienced any material supply-chain issues impacting availability of any products,” Brake said. “That said, recently we have been managing various packaging shortages which the operation team working with supply chain was doing a great job, being a little bit nimble in solving for those packaging issue as they arise.”

Labor costs were down slightly in the quarter, he said, despite a $1-an-hour increase in California’s minimum wage — to $14 an hour — in January 2021. In the second quarter, Del Taco’s labor and related expenses as a percentage of company restaurant sales declined 30 basis points, to 32.9% from 33.2%.

Systemwide same-store sales were up 17.8% compared to the same pandemic quarter of 2020.

“Compared to 2019 all day parts were positive during the second quarter except for breakfast, which has since improved to flat in the third quarter,” Cappasola said in a statement, “while late snack and graveyard were our top performing dayparts compared to 2019, aided by a strong delivery mix that again reached approximately 7% of sales.”

“We believe this offering can jumpstart our breakfast sales as we approach to near-term breakfast catalysts, namely morning routines continuing to normalize as offices repopulate and the return of breakfast seasonality in the fall as kids return to in-person school,” Cappasola said.

Del Taco’s test remodel program was ongoing and the company expects to complete as many as 20 remodels this year, he said.

“This final phase of testing is largely during the second half of 2021 and includes integrating our Fresh Flex protype into our remodel design and is expected to lead to a formal system-wide remodel program beginning in 2022,” Cappasola said. The Fresh Flex platform was introduced in January.

“As you get into 2023, you'll really start to see those Fresh Flex prototypes popping up, which there will be a few probably in 2022, but I think the power of that ‘menu of venues’ in Fresh Flex piece will be really – starting really in 2023,” he said.