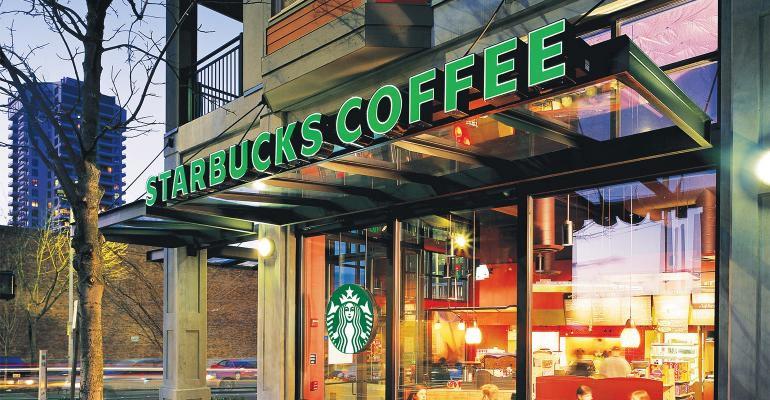 Starbucks is expanding its relationship with digital wallet platform Bakkt, which will allow consumers to monetize digital assets such as bitcoin and load the value onto their Starbucks cards in the chain’s mobile app.
News>Quick Service

Starbucks is expanding its relationship with digital wallet platform Bakkt, which will allow consumers to monetize digital assets such as bitcoin and load the value onto their Starbucks cards in the chain’s mobile app.

The Seattle-based coffee chain emphasized, however, that it still does not accept cryptocurrency such as bitcoin as direct payment.

“No matter how customers choose to pay at Starbucks, the goal is to deliver a seamless payment experience,” a spokesman for the company told Nation’s Restaurant News. “Through the integration with Bakkt, we continue to play a role in developing practical and trusted applications for consumers to convert their digital assets into U.S. dollars for use at Starbucks. We will continue to learn and evaluate future opportunities through our relationship with Bakkt.”

As previously reported, Starbucks had been conducting a limited test using Bakkt Cash as a platform for digital asset conversion. The Starbucks spokesman said the chain does not disclose details about tests.

Bakkt itself had been testing its own platforms before announcing on Tuesday that it was making its app and digital wallet available to consumers nationwide. Users will be able to convert digital assets such as eligible loyalty and rewards points, bitcoin and frequent flier miles, into U.S. dollars that can then be loaded onto the Starbucks app.

“The average consumer holds a wealth of digital assets — from gift cards to loyalty points to bitcoin — but lacks the tools to adequately track and utilize their value,” said Gavin Michael, CEO of Bakkt, in a statement.

Starbucks said it worked closely with Bakkt to develop the new payment platform.

“We are excited that customers now have the opportunity to use Bakkt to load their Starbucks Card in the Starbucks app and then use it to pay at Starbucks,” said Karl Hebert, vice president of global card, commerce and payment at Starbucks, in a statement.

The move comes as several restaurant companies have been exploring opportunities to leverage consumer interest in digital assets such as non-fungible tokens (NFTs) and cryptocurrency. NFTs are digital media, such as works of art, that have their chain of ownership verified through blockchain technology, which is also used to verify ownership of cryptocurrency such as bitcoin.

And Chipotle Mexican Grill on Tuesday said it will launch a new interactive game called “Burritos or Bitcoin” in which consumers will have the opportunity to win a free burrito or up to $25,000 in bitcoin. The promotion is being conducted in partnership with Stefan Thomas, the founder and CEO of Coil, who famously lost his login information to access his $387 million bitcoin account. Players will have 10 tries to guess a six-digit code to unlock the prizes.

The promotion kicks off on April 1, which is National Burrito Day.

"National Burrito Day is a huge moment for Chipotle as our fans traditionally flock to our restaurants and digital platforms to order their favorites," said Chris Brandt, chief marketing officer, Chipotle. "We're always looking for unique ways to enhance the celebration, and this year, we're giving fans the opportunity to acquire two highly valuable assets: Burritos or Bitcoin."