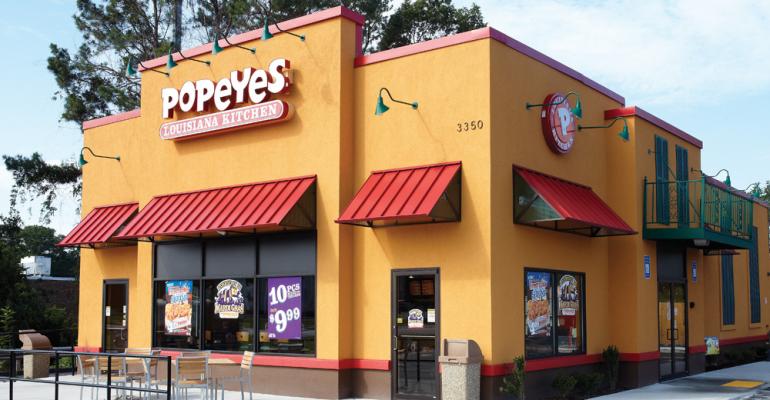 Carrols reported preliminary sales for the fourth quarter along with Denny’s Corp. and Red Robin Gourmet Burgers Inc. ahead of presentations this week at the ICR investment conference in Orlando, Fla.

“Although comparable sales decelerated in November and December versus October, we are encouraged by the continued strength of the Impossible Whopper, the Popeyes Chicken Sandwich and the muted discount environment throughout the fourth quarter as compared to the comparable prior-year period,” said Daniel Accordino, Carrols chairman and CEO, said in a statement.

“We lapped the highest level of 2018 discounting during November and December, which resulted in more modest comparable sales growth in the fourth quarter of 2019 than in the prior-year quarter,” Accordino said.

-- Denny’s Corp.: Domestic systemwide same-store sales increased 1.7%, including a 0.5% increase at company restaurants and a 1.8% increase at domestic franchised restaurants. As of Dec. 25, Spartanburg, S.C.-based Denny’s had 1,703 franchised, licensed and company family-dining restaurants around the world including 144 abroad.

-- Red Robin Gourmet Burgers Inc.: Same-store revenue increased 1.3% in the quarter, with guest counts decreasing 3.4%. The company, which will present at ICR on Tuesday, said off-premise sales, including catering, increased 26.9% and comprised 13.9% of total food and beverage sales. Total revenue for the quarter was down 1.2%, to $302.9 million. The Greenwood Village, Colo.-based Red Robin has 556 casual-dining restaurants in 44 states and Canada.