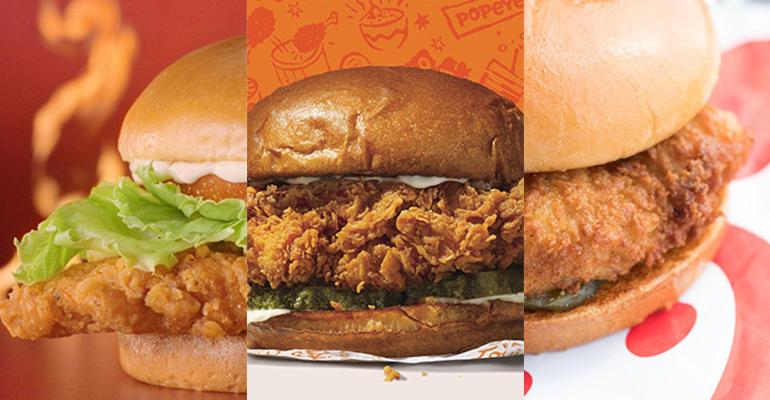 Ceding control for the sake of a chicken sandwich

Is it worth it to lose a little control over your message for a big reward?

The internet took control of the Popeyes chicken sandwich launch this August, derailing the original marketing plan, and turning it into something much bigger for the chain.

In the process the Restaurant Brands International brand inadvertently discovered that when the people on Twitter speak, they can change the trajectory of a the most calculated menu launch.

In the years since, owner Kimberly Sanchez took advantage of her internet infamy, in fact, Popeyes planned to make their chicken sandwich debut at Sweet Dixie Kitchen on August 7th and 8th before launching nationwide on August 12th.

“We feel honored that the team at Sweet Dixie Kitchen likes our chicken so much. To acknowledge their admiration, we are granting them special access to pre-launch our new Chicken Sandwich for a few days before we launch it nationally,” said Bruno Cardinali, head of marketing for North America for the Popeyes brand in a press release before the sandwich launch.

Wondering where can you get Popeyes new Chicken Sandwich? Not at Popeyes. #POPEYESGATE

The chicken sandwich exploded on social media beyond the brand’s wildest imagination, but the story that consumers latched onto had nothing to do with #popeyesgate.

And with a few backhanded Tweets, Popeyes chicken sandwich was suddenly in competition with Chick-fil-A’s

Bun + Chicken + Pickles = all the for the original. pic.twitter.com/qBAIIxZx5v

Y’all out here fighting about which of these fools has the second best chicken sandwich. pic.twitter.com/4v9RJFgy0T

And the #chickensandwhichwars were on.

lol, guess that means the food’s as dry as the jokes https://t.co/aX3XnRunNW

Everyone had to weigh in.

When you’ve got the hottest bird on the block, you ain’t gotta flap your wings to let them know you fly @Wendys @PopeyesChicken @ChickfilA #ChickenSandwichTwitter #ChickenSandwichWars pic.twitter.com/vpboKGlBkW 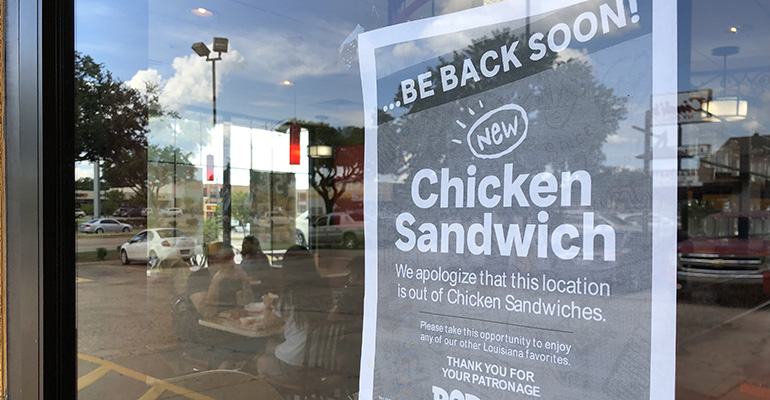 The internet buzz lead to real life sales for Popeyes— lines out the door, cars backed up at drive-thrus and many locations sold out of the now infamous chicken sandwich.

This is a line of people waiting for @PopeyesChicken on w 40 in midtown #ChickenSandwichWars pic.twitter.com/WQRM7MWLyj

On social media, it seems brands have a chance to break through the noise, if they’re willing to let go a bit.