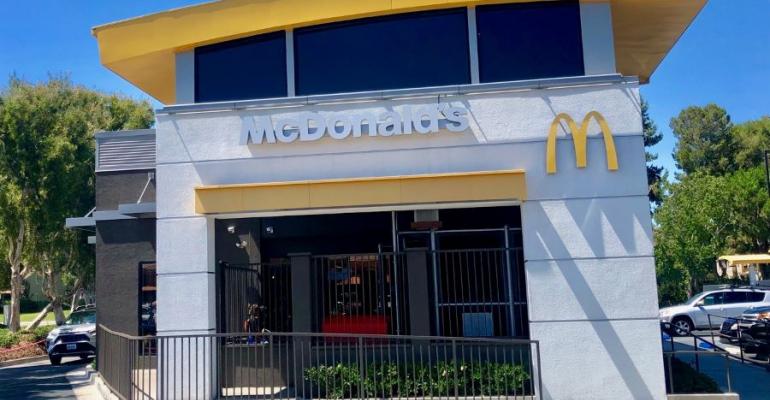 ‘We are working on a chicken sandwich that will compete,’ franchise leader says

The leader of a coalition of McDonald’s franchisees jumped into the social-media spat between Popeyes Louisiana Kitchen and Chick-fil-A by telling fellow operators in a memo that the world’s biggest burger chain will soon have a battle-worthy chicken sandwich to compete with rivals.

“Popeyes came out with a chicken sandwich that rivals Chick-fil-A. It’s the first time Chick-fil-A has blinked, or more accurately, was forced to blink,” Blake Casper, chairman of the National Owners Association, said in a Sunday letter to members. “Wendy’s got into the action and unfortunately, we’re still not in the game. That is going to change. We are working on a chicken sandwich that will compete. We will be in the game.”

He then poked the other brands, hinting that quick-service customers prefer the hospitality of McDonald’s over Popeyes and want something other than Chick-fil-A.

“People will tire of the service at Popeyes and they want an alternative to Chick-fil-A,” he said in the memo. “They want a Chicken Sandwich at McDonald’s. We are going to give it to them.”

He said members will be able to try “America’s next favorite chicken sandwich” during the association’s October meeting in Dallas.

McDonald’s Corp. could not be reached for immediate comment.

The franchisee advocacy group formed in fall 2018 as an independent organization to work with McDonald’s to impact the system positively. Specifically, the group has been concerned about eroding profits, lack of control over menu pricing and costs tied to the “Experience of the Future” remodel program.

Most recently, the group has expressed concern over the brand’s menu failures.

In July, NOA drafted a list of menu initiatives that it says are hurting operators, including the lack of a premium chicken sandwich, dollar drinks and the new Worldwide Favorites menu.

NOA has pushed for a “category leading” premium chicken sandwich to compete with Chick-fil-A, now the country’s third-largest restaurant chain, according to NRN’s Top 200 sales rankings for 2019. This year, the dominating chicken chain leapfrogged past four quick-service brands – Subway, Taco Bell, Burger King and Wendy’s – to earn the No. 3 spot.

The lack of a premium chicken sandwich is not NOA’s only menu concern.

Last October, the Chicago-based chain said it was losing share at breakfast, a daypart the brand has dominated for years.

“We continue to lose traffic at breakfast but not because of our food,” said Casper, a Florida-based franchisee with 62 McDonald's restaurants. “We are losing the coffee and tea battle and it’s not because of price.”

He suggested the brand refocus its attention on hot and ice drip coffee blends, procedures and equipment.

“We need our suppliers to bring us the best blends that are going to resonate and win with our customers. We must get our coffee back to best in class, back to being craved.”

He then threw a jab at Dunkin’.

“America might run on Dunkin’ (for now), but they want to eat at McDonald’s,” Casper said. “We give America their coffee back, and they won’t have time for Dunkin’.”

He also said corporate should improve its sweet tea and think more about food quality over value.

Chicago-based McDonald’s has about 14,000 restaurants in the U.S. NOA members plan to meet in Dallas Oct. 7-8.

The theme of the conference is “McFamily” as NOA plans to discuss how the brand can “get back to celebrating families,” Casper said.

“We won with kids before we had toys. We need to win with kids again,” he said.