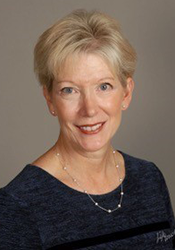 Woodward, who until last July served as the global chief marketing officer for Krispy Kreme Doughnut Corp., succeeds Randy Poindexter as head of marketing at the Charlotte, N.C.-based quick-service chicken-and-biscuits company. She will assume the post on April 8.

Poindexter announced in March that he would retire on Aug. 1 as Bojangles’ senior vice president of marketing after more than 28 years with the company.

The company said Woodward will work alongside Poindexter over the next several months to ensure a seamless transition. 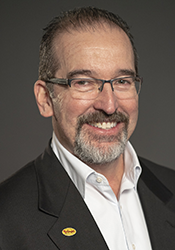 “While replacing a marketing professional of Randy Poindexter’s caliber was a challenging task, we believe Jackie is the right growth-oriented marketer to lead the Bojangles’ marketing team going forward,” said José Armario (left), who joined the company as CEO in January, in a statement “The Bojangles’ brand is recognized for its pioneering, innovative, engaging and memorable marketing campaigns, and we plan to continue our unique approach to reaching consumers with Jackie at the helm.”

“The Bojangles’ brand has an amazing fan following across all marketing touch points, and it is an honor to join the successful marketing team Randy has assembled,” Woodward said. “I appreciate the opportunity to be part of the extraordinary things happening at this company and look forward to working with our franchise partners to share the Bojangles’ experience with more and more new guests across the country.”

Bojangles went private in January when it was acquired by New York-based investment firms Durational Capital Management LP and The Jordan Co. L.P. in a deal announced last November.

As of Dec. 30, Bojangles’ had 759 restaurants, of which 319 were company-operated and 440 were franchised. The restaurants are primarily in the Southeast.