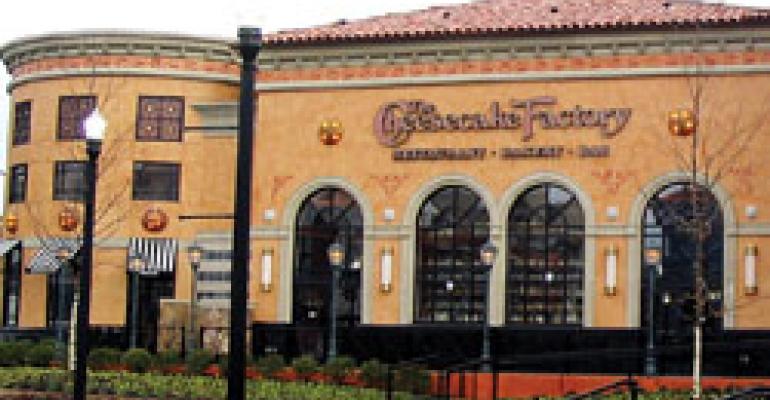 John Knapp, president of the Food Bank of Southern California, is frustrated by both the growing ranks of hungry families that need his organization’s services and the tons of prepared restaurant foods regularly sent to landfills instead of the needy.

As the lingering recession continues to take its toll, demand for the food bank’s services were up more than 40 percent in June from a year ago, he said, noting that those who don’t know where their next meal is coming from include more middle-class families, single mothers and seniors. But many operators, who in California throw out an estimated 1.5 million tons of prepared food annually, according to the Integrated Waste Management Board, are not stepping up to the plate, Knapp said.

“It’s really disgraceful that there’s so much food that could be rescued at the retail level,” Knapp said. “The need is there. The systems are in place. What the hell is going on?”

Given the growing need for hunger relief, food banks, governments and restaurant operators are rethinking those systems and trying to find better ways to redirect excess prepared foods to fill hungry stomachs rather than landfills.

Since the fear of liability stemming from a foodborne-illness outbreak is one of the biggest hurdles to widespread participation by restaurant operators, several states are instituting or revisiting the so-called Good Samaritan laws that offer an extra layer of liability protection, in addition to the federal laws that already exist. Other states are looking into additional tax credits to promote food donations. On the ground, organizations are working to make it easier for donated foods to be disseminated to the hungry.

On July 1, new laws protecting foodservice operators from liability went into effect in Mississippi and Nevada. Also, proposed legislation in Massachusetts would create a further incentive for foodservice companies that donate excess food by establishing a tax credit in addition to the federal tax deductions already available. The bill has the support of the Massachusetts Restaurant Association.

Meanwhile, in California, state lawmakers have proposed legislation that aims to create a database that would link donors to hunger relief agencies to eliminate some of the logistical challenges of donating excess food.

Knapp, however, said he does not think the bill has a chance of passage, in part because the California Restaurant Association has opposed the bill’s requirement that restaurants and caterers include in all contracts information about the database and the donation process.

Food bank operators say the rescue of prepared food is a small part of overall hunger relief efforts, but it’s hugely valuable to agencies that feed the hungry on a daily basis.

Some food bank operators point to national chains that have made long-term commitments to donate excess food across all brands and in all states where they operate, including Darden Restaurants, Yum! Brands Inc., The Cheesecake Factory, Chipotle Mexican Grill, Cracker Barrel and Rock Bottom Restaurants.

Mark Mears, The Cheesecake Factory’s chief marketing officer, said it was probably the fear of liability that prevented the company from donating excess food until last September, when the company established its “Harvest Program.” Through the initiative, all of the company’s 160 casual-dining restaurants, including the namesake brand, Grand Lux Café and RockSugar Pan Asian Kitchen, now donate excess foods.

“People are worried about being sued,” Mears said. “All it takes is that rogue lawsuit, and these are companies that are just trying to do good.”

Yet since September, Mears said, the company’s concerns have been eliminated in part because of the support of the Food Donation Connection, or FDC, an organization that coordinates the pickup and delivery of donated food.

So far, The Cheesecake Factory restaurants have donated more than 300,000 pounds of food to hunger-relief programs across the country. At the restaurant level, all staffers have to do is get the food ready in FDC-supplied containers, which are labeled and use a tracking system, for pickup each evening.

The Cheesecake Factory has also upped its financial support for hunger relief and is getting more customers involved.

Over the past year, The Cheesecake Factory has raised about $400,000 for Feeding America, the nation’s largest hunger relief organization. In July, the chain introduced the new Stefanie’s Ultimate Red Velvet Cake Cheesecake and pledged to donate 25 cents for each slice sold to Feeding America for a year.

For national Hunger Action Month in September, Cheesecake Factory executives are planning a 30-day “concert tour” of 30 restaurants to host events to raise awareness of the fact that “one in eight Americans don’t know where their next meal will come from,” Mears said.

Guests who donate two cans of soup to feed the hungry will get a free slice of the new cheesecake and get their picture taken. A special tribute to those who donated will be unveiled at a press event in Washington, D.C., at the end of the month, Mears said.

Paul Colligan, programs director for The Greater Boston Food Bank, said corporate programs like that of The Cheesecake Factory have helped increase donations from restaurants to his agency.

Darden’s restaurants have routinely donated excess food at all restaurants over the past five years, officials said. For the fiscal year ended in May, the company’s 1,700 restaurants donated 8.7 million pounds of food, which translates to a fair-market value of about $85 million, said Rich Jeffers, a Darden spokesman.

The donation process is now a routine part of restaurant operations, he added, and the company receives a tax benefit.

For Colligan’s agency in Boston, it means the three area Capital Grille restaurants offer a steady source of proteins that might be stretched to feed more people in soups and stews.

Colligan said he tries to build relationships with restaurant donors to reassure them that their contributions are properly handled.

“I sell it as a program that is chef-to-chef,” Colligan said. “But there’s a lot of turnover in the foodservice industry, so we have to keep reconnecting those relationships.”

The KFC product donated by area Yum! Brands locations is loved by clients, Colligan said, and the food bank receives regular donations from institutional sources, such as Fenway Park and Gillette Stadium. From the latter, donated excess food from luxury boxes alone sometimes totals 1,100 or 1,200 pounds of food, said Colligan.

In New York City, the nonprofit City Harvest has been collecting donations from foodservice suppliers for 25 years. In fiscal 2009, the organization received donations from more than 340 eateries, which contributed about 2.3 million pounds of food.

Donations are collected by volunteers in refrigerated trucks, on tricycles or even on foot, said Leslie Gordon, City Harvest’s director of programs.

Volunteers might go to a Pret A Manger and pick up excess sandwiches in a container that would handle 40 pounds or less and then walk to a soup kitchen five blocks away to drop it off, she said.

“It’s a really nice opportunity for corporate volunteers,” she said.

For City Harvest, such donations are on the rise, Gordon said. But the agency recently hired a new director of food sourcing to help cultivate more prepared-food donations in light of the increasing demand.

In Los Angeles County, where traffic and distance can make such pickups difficult, organizations like the Los Angeles Regional Food Bank are struggling to deal with the logistics of donating prepared food.

“We try to get grants to purchase hot boxes that can be plugged into car cigarette lighters, or coolers,” he said, “but the volume we’d need to make a huge dent is difficult given the lack of funding.”

The food bank, which this year will supply an estimated 45 million to 50 million pounds of mostly produce and nonperishable food to about 700,000 people in need, has seen an increase in demand of about 33 percent over last summer, Hoffman said.

Knapp of the Food Bank of Southern California said his organization is testing a program in which restaurants that donate excess food will receive a window sticker to let customers know about their commitment to hunger relief.

State budget cuts in California are likely to bring even more people to emergency hunger relief programs in coming months, he said.

“Our only agenda should be to feed children and senior citizens,” Knapp said, “and if you don’t want to do it, then get out of the way so someone else can.”— [email protected]