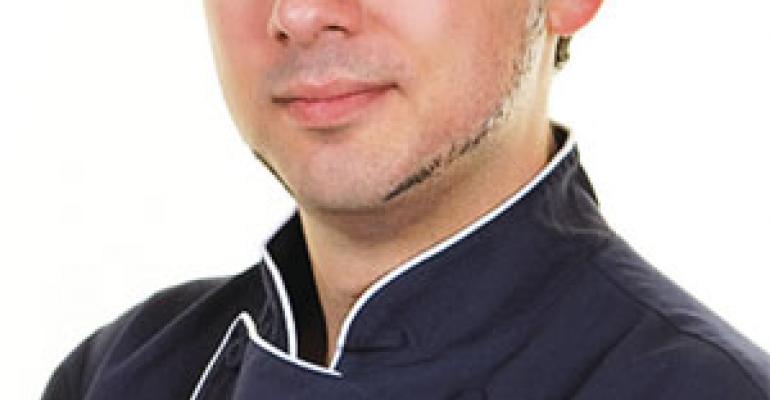 Purchasing power is an advantage chains have long enjoyed over smaller restaurants. Economies of scale and forward-looking contracts generally minimize volatile price swings for larger operators. But as many smaller operations are proving, food cost and menu pricing can be improved by buying locally and seasonally.

Even with the challenge of creating Yucatan-inspired foods at his Louisville, Ky., restaurant, Mayan Café, chef/co-owner Bruce Ucan draws on local ingredients for nearly 80 percent of his menu. But when it comes to vegetables like cactus and avocados, he’s had to make tough, cost-based decisions.

“The [Mexican] avocados we were getting were so horrible I took them off the menu for two months,” he said. “What I’ve learned to do with the whole menu now is buy smaller amounts to reduce our waste, have fresher product and save money.”

Patrick Hoogerhyde, executive chef at Glacier BrewHouse in Anchorage, Alaska, balances menu and food cost by planning one season in advance with farmers.
“Mother Nature determines what we actually get, but at least I and the farmer know what we’re shooting for,” said Hoogerhyde.
The abundant seafood in the area makes protein planning a little simpler, but Alaska’s short growing season requires much more vegetable and fruit foresight, he noted.

“We try to work with farmers who can warehouse them until we need them,” Hoogerhyde said.

John McClure, chef-owner of Starker’s Restaurant in Kansas City, Mo., is drawing on his farmer’s bumper sweet potato crop at a rate of 25 pounds per week through the early winter.

“He cellared 1,400 pounds more than usual this year, so he asked me if I’d like some,” McClure said. While the excess yield got McClure a favorable deal, he said he rarely haggles over price.

“I used to be a farmer, so I believe they should get more than they usually do,” he said.

So how does McClure manage food cost when local prices are higher? He simply charges more.

“I’d call this an expensive restaurant, but I still run a 27 to 28 percent food cost,” he said.

Marc Collins’ location in Charleston, S.C., not only is perfect for purchasing fresh seafood and vegetables nearly year round, beef growers he sources will lock in prices for a year. Like most chefs, Collins, chef-owner of Circa 1886, the restaurant at the Wentworth Mansion, also likes buying extra in seasonal peaks, but he knows the pressure will be on him to sell those foods when he does.

“Pricing moves product, so we’ll do tasting menus priced at what we consider a good bargain for a four-star, four-diamond hotel,” he said. “When you do a three-course tasting for $42, that’s a bargain for a place like ours where guests expect a lot.”

Ucan said the best way he’s learned to match freshness and seasonality to his cost targets is to constantly be “asking farmers, ‘What’s coming in next?’ and seeing if I can work that into my menu. I like to try to support everybody, so I don’t like being locked into a contract. That way I can buy what I want at the market when I want it and for a fair price.”