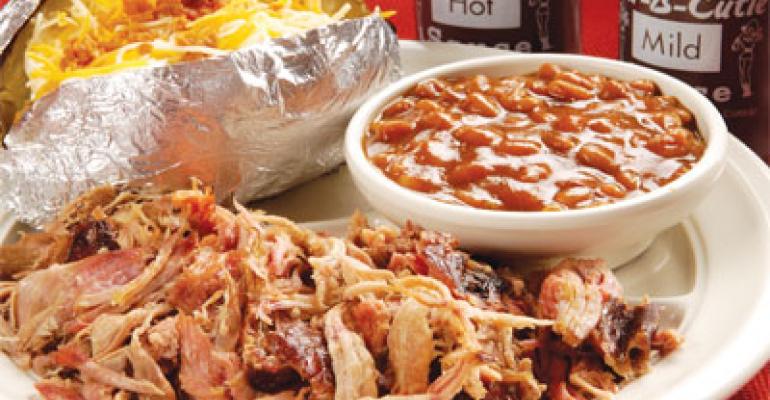 The daily special is growing increasingly so. Long a way to reduce kitchen waste, the special has grown into a potent marketing tool and a sizable outlet for chef creativity. More recently, it’s expected to take on a new role as a way around the federal menu-labeling requirements set to go into effect this year.

“Back in the day, if you couldn’t sell something it became a special,” said Edward McFarland, chef-owner of Ed’s Lobster Bar in New York, who now sees specials as a way to create buzz, broaden his customer base and drive sales.

McFarland runs specials for three months at a time. The entrées showcase ingredients in a different way and have lower price points to attract new customers. For example, the $25 lobster fra diavlo, a lobster and pasta dish, has lower food costs than a 1.5-pound lobster that sells for $34.

“It generates extra buzz about the restaurant,” he said. “These are exciting to the blogosphere.”

Some specials work better than others. When McFarland ran a lobster meatball special, customers ordered full meals and ordered drinks. The all-you-can-eat mussels special didn’t work as well, however, he noted.

“People ordered nothing else, and they drank water,” McFarland said.
Peter Levy, owner of Chow Foods, a multi-concept operator with three restaurants in Seattle, has created a specials-based promotion called Wedgetable Wednesdays. Sales of the vegetarian specials at 5 SPOT, Endolyne Joe’s and The Hi-Life have exceeded expectations.

“On a typical Wednesday night we would sell eight or 10 specials, and with these we are selling 20 to 30 specials,” he said. About half of the orders are made by new customers, and half are made by regular customers trying something new, he noted.

Levy got the idea from Mario Batali’s Meatless Mondays, designed to attract customers on a slow weekday. Vegetarian dishes generally have higher margins than dishes with meat, but Levy said that’s not the top reason for offering these.

John Metz, executive chef and co-owner of the seven-unit Marlow’s Tavern in Atlanta, said he uses menu inserts that list the specials for the week to encourage repeat customers.

“They might come in on Tuesday, see that our special for Friday is lobster pot pie, and come back on Friday,” he said.

Marlow’s also offers specials derived from the 1,000-plus recipes the restaurant has collected over the years. When executing the recipes, the chefs must stay within certain parameters, such as keeping food costs below 31 percent.

Ronnie McFarland, owner and president of the 19-unit Bar-B-Cutie chain based in Brentwood, Tenn., who is no relation to Ed McFarland in New York, said he uses specials to attract customers who want to eat something other than barbecue.

For example, the Monday special is roast beef with brown gravy served on a bed of white rice, with two sides and bread.

Specials may also prove to be a safe haven for more indulgent items, as specials, limited-time offerings and custom orders, are not expected to be subject to the federal nutrition disclosure regulations.