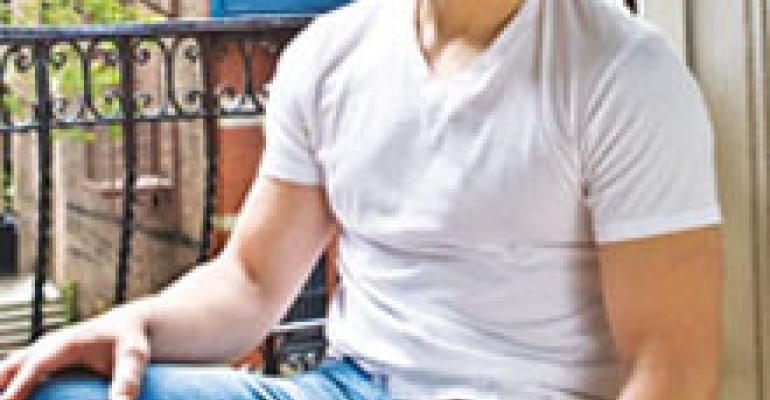 Having Words With Adam Eskin Chief Executive, The Pump

At the ripe old age of 27, Adam Eskin already is starting a second career as a restaurateur. He had been an investment banker who traveled extensively researching private-equity opportunities in foodservice for Wexford Capital. A mentor at Wexford taught him a lot about what well-managed businesses looked like and inflamed the passion to one day own his own business. Being a loyal fan of The Pump, a five-unit, health-oriented fast-casual sandwich and salad chain right in his own backyard in New York City, Eskin studied the concept and created a business plan that compelled his bosses both to buy the brand and appoint Eskin to run it as chief executive. Along the way, Eskin hired Dan Fogarty, a marketing and branding veteran formerly with Chipotle, to reinvigorate the 10-year-old Pump’s market image and logo, first as a consultant, then as his full-time “consigliere.”

What turned you on about The Pump?

Well, I had been a longtime Pump fan and ate there regularly. While at Wexford, I researched investment opportunities in the restaurant industry looking for new concepts that could redefine a category. After looking at dozens, I kept coming back to The Pump. Nobody was doing what The Pump was doing. I saw that as a great opportunity.

So what was The Pump doing that no one else was doing?

The food. It was food that I ate all the time and understood. You couldn’t find it anywhere else, and there were legions of Pump fanatics.

It was a mom-and-pop operation with a very focused physical-fitness restaurant positioning. But the food was simple and good, and I just saw the opportunity that by making the place more accessible, people all over would be interested in it.

How did you meet Dan Fogarty, your marketing advisor?

Oddly and coincidentally. I knew all about Chipotle and its powerful brand from my travels. I kept hearing his name pop up. I Googled him, trying to find him.

Then coincidentally, one operations guy I was interviewing was a former Chipotle guy, too, and I got his cell phone. Oddly and coincidentally, he happened to have taken the summer off and was subletting a place in New York, right around the corner from where I live.

We met for coffee for an hour and the next day we started working together. He was a consultant for several months and finally joined us full time in May as “consigliere.”

The saying goes that people might eat healthy at home, but when they go out, they eat for indulgence and taste. How does The Pump fit into that?

Perhaps that saying might be a bit outdated, or maybe truer more for fine dining than the total eating-out category. In that category, people are often going out to celebrate, so they splurge. But in fast casual, we become part of everyone’s everyday ritual.

We get e-mails every day from people thanking us for doing what we do because they want to eat healthier, but find it hard to do so. Come visit our stores, there’s a line to the door every day. They come in for a cup of coffee and some whole-grain oatmeal in the morning, come back for lunch, then pop in for a protein shake in the afternoon.