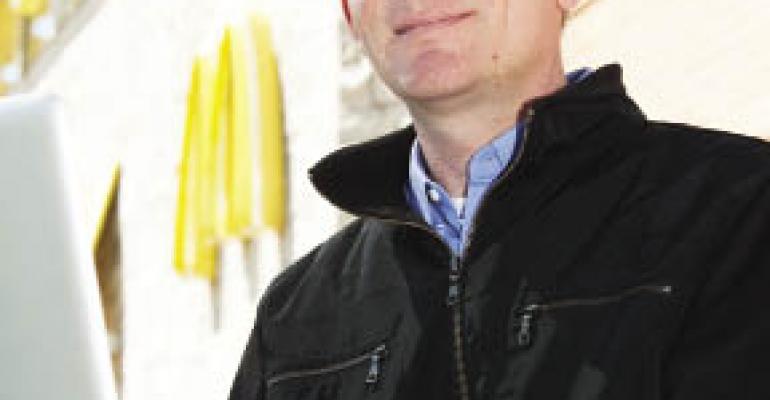 Forget reviewers, food writers or even talk-show hosts. The buzz-makers increasingly targeted by restaurant publicists these days are the citizen-journalists who specialize in word of mouth.

Once dismissed as whiny geeks pecking away in their underwear, bloggers are emerging as an important means for chains, in particular, to foster talk about new menu items. Most recently, bloggers were a primary focus in the rollout promotions of McDonald’s McRib, Wendy’s Pick 2 and Cinnabon’s Cinnacupcakes.

Those introductions were supported with the sort of media events that might have once drawn lifestyle or business reporters from print, TV and radio. In each case, however, bloggers were central to the guest list.

Domino’s, for instance, invited only online posters to a “bloggers day” at headquarters, where attendees visited the chain’s test kitchen, met with executives and even made their own pizzas.

Wendy’s promoted the nutritional aspects of its smaller-sized salads, the heart of the new You Pick 2 deal, with a webcast hosted by health guru and media star Joanne “Dr. Jo” Lichten. The chain targeted two groups to spread the word: bloggers and registered dieticians.

Cinnabon took an even narrower focus, inviting mostly “parent bloggers” to a gathering at the Seattle-area island home of Jerilyn Brusseau, a.k.a. CinnaMom, the chain’s founder and creator of the new cupcake line. The participants were chosen because their blogs are aimed at moms and dads.

“We knew traditional media would be interested in the products,” said Jennifer Dempsey, senior director of public relations and corporate communications for Cinnabon’s franchisor, Focus Brands. “But with cupcakes, a big part of our sales would come from things like school events and birthday parties. And who puts those things together? Parents.”

Ten bloggers were invited. The 30 blog posts they generated before even leaving the event were trumpeted immediately to the participants’ 1.4 million Twitter followers, according to Dempsey.

More posts would follow, written either by the 10 invitees or bloggers who, in effect, covered the coverage, echoing it in their postings. Focus’ tracking tools revealed that the postings would get some 140,000 viewings and generate 700 reader comments.

Focus monitored sales in the wake of the event — its first focused exclusively on bloggers. “We definitely saw a spike,” Dempsey said.

“Sure, we picked up all their airfare and put them up in a hotel, so there was a cost,” she added. “But it was really pennies compared to what we would have spent to do something like an event at Union Square [Cafe] in New York.”

Bloggers can also be a conduit to a direct market, said Denny Lynch, senior vice president of communications for Wendy’s.

“It’s far less expensive than advertising because advertising goes so broad — you’re talking to everyone,” he said. With bloggers, “you can target better,” he added.

Domino’s hosted only nine bloggers at its eight-hour headquarters function. They ranged from online gods who draw upward of a million hits a month, a big number in blogging, to unknowns who might pull fewer than 10,000 views.

“We wanted a mix,” said Chris Brandon, Domino’s manager of public relations. “If pizza worked into their lives and their coverage, we wanted them to know what we were all about.”

Nine attendees at a press conference would designate it a flop. But those sorts of numbers aren’t unusual when bloggers are involved.

Proponents say bloggers’ desirability as publicity targets is rising in part because of the legitimacy they’ve earned.

“We might have thought like that when [blogging] was in its infancy,” acknowledged Domino’s Brandon. “But now we don’t look at bloggers as being any different from traditional media.”

Indeed, noted Domino’s director of social media Phil Lozen, many are more journalist than citizen-journalist, writing for the variety of blogs that print and electronic media have started.

Yet these are still greatly outnumbered by blogs written as a labor of love by amateurs, and therein lies what communicators cite as the main risk factor.

Journalists are expected to function under the standards of their profession, with a focus on accuracy and objectivity. Editors scrutinize their copy to make sure it meets those standards.

Bloggers “don’t have an editor who’s going to say, ‘No, you really can’t say this,’” noted McDonald’s Wion.

“There aren’t the same rules,” agreed Claire Burke, a partner in the New York-based Hunter Public Relations, whose clients include Arby’s. “With traditional journalists, it’s really about the facts. Bloggers are very much writing from their personal experience.”

For publicists, that means getting the bloggers to try a product or see firsthand how it’s made and used instead of just hitting them with facts. A big part of Wendy’s outreach for Pick 2, for instance, was sending a gift card to all the webcast participants so they’d try the smaller-sized salads.

“Our thinking was, ‘If we can get you to taste the salad, you’d get that these salads are better than anything else out there,’” Lynch said. “The risk is you don’t like it, you think it’s bad, and you write about it. If that happens, we’re going to live with the consequences.

“The gray-haired side of me shudders,” continued Lynch, a 30-year veteran of Wendy’s communications efforts. But, he added, “This is the reality.”

New applications and online tools enable publicists not only to quantify how many impressions bloggers deliver, but also “the attitude they have in their writing,” Burke noted.

“That’s the trick,” said Wendy’s Lynch. “I’m not going to tell you how we find the right ones.”

Over time, there will be more of a track record for many of the bloggers, helping chains to anticipate what they might write, officials say.

“If someone has written posts in which they said they didn’t like McDonald’s, we just don’t reach out to them,” explained McDonald’s Wion.

Whatever the downside, restaurant communicators say there’s no doubt bloggers will become an increasingly important channel for communicating with customers.

“They are influencers,” Wion remarked. “There’s a little bit of a risk, but we’re willing to work with that.”

Peter Romeo blogs at Restaurant Reality Check at http://restaurant newsandviews.blogspot.com. He participated in Wendy’s blogging event for the Pick 2 introduction.