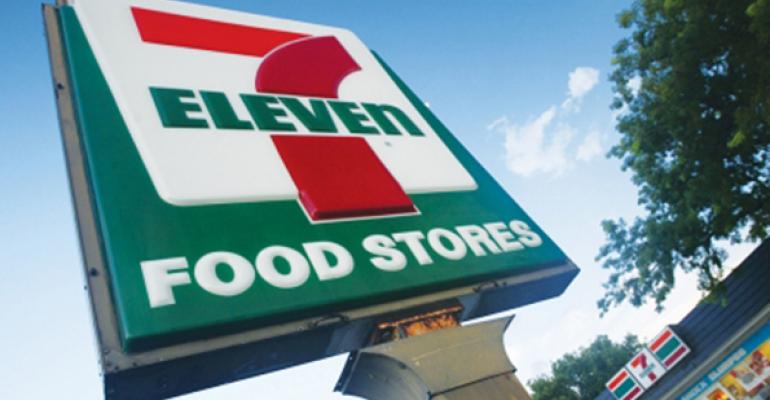 Fresh food delivered hot and fast to the customer’s front door. How’s that for convenience?

7-Eleven Inc., parent of the largest convenience store chain in the world, partnered this summer with third-party startups such as Postmates and DoorDash to deliver food in select U.S. cities.

This delivery move makes 7-Eleven, which has been expanding its meal offerings in recent years, even more of a competitor to quick-service restaurants.

“We’ve always [sold] food. Eighty percent of the consumers who walk into our stores are walking out putting something in their mouth. ... I think as their preferences have changed, we’ve evolved with those preferences,” DePinto told Nation’s Restaurant News about the chain’s focus on fresh food, after he was named a Golden Chain Award winner in 2014.

“We’ve seen a tremendous demand from students for late-night eats. Sometimes, you need a Slurpee and a pizza at 1 a.m.!” said Jeff Hardy, Tapingo’s chief business officer in a statement.

Keeping the needs of customers front and center while providing support for franchisees and employees has been the constant mission of DePinto, a Chicago native and West Point graduate.

After running GameStop Inc., he joined 7-Eleven as CEO in 2005. He turned the struggling and aging company, known for its Slurpee and Big Gulp beverages, into an $85 billion retail powerhouse by streamlining distribution, improving food quality and technology, and increasing support to franchisees and employees. DePinto also sits on the board of directors of Brinker International.

Under DePinto’s leadership, he’s positioned 7-Eleven to be a threat to quick-service restaurants’ market share.