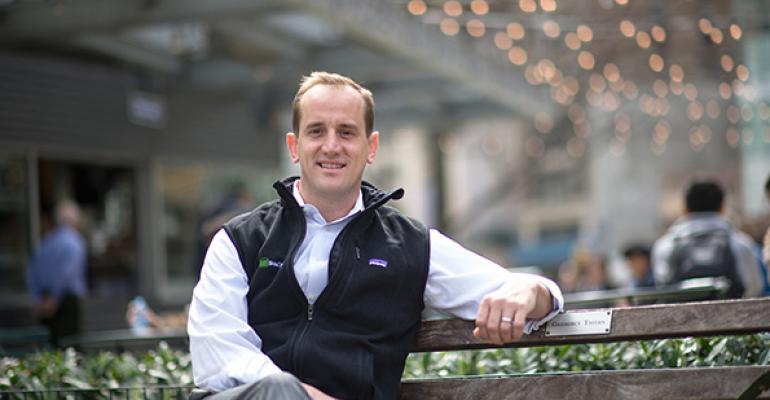 Shake Shack Inc.’s initial public offering on Friday was one of the biggest in industry history, the culmination of a 14-year effort that turned a hot dog cart in a New York City park into one of the hottest restaurant brands in the nation.

Shake Shack CEO Randy Garutti has been with the brand the entire time, and has worked with Shake Shack founder Danny Meyer’s Union Square Hospitality Group LLC for the past 15 years. Garutti spoke with Nation’s Restaurant News on Friday afternoon as the company’s stock was on its way toward a 118-percent rise, after opening at $21 a share.

Shake Shack’s IPO was one of the biggest in restaurant industry history. Are there concerns about high expectations for the company going forward?

Every single day since we served the first hot dog, Shake Shack has continued to amaze us every step. Guests, investors, the whole community continues to embrace what we do as a company, and it continues to grow. We’re looking decades out on this story. No doubt our investors understand that the nature of this story is that it’s just begun. We have a proven brand power and love affair with our stakeholders that has created this extraordinary momentum. Today is just the next step.

Why has Shake Shack, with just 63 locations, become so popular and well known?

It starts with Danny Meyer. There have been few restaurant companies birthed out of New York. And no fine-dining company has birthed something on this scale. And you sprinkle being a New York-based company that has a media opportunity and a global reach beyond most opportunities around the country. You add to it our amazing team who builds this day after day after day and an economic model that works. People around the globe just want to be associated with it.

When did you realize that Shake Shack was special?

Oh, last night (laughs). I don’t think we appreciated it until our second unit on the Upper West Side opened in 2008. It started to work outside of a park in a somewhat normalized situation. And all of a sudden the frenzy was there. That was a big moment for us. Then each step of the way it continued. When we opened in Dubai, the brand fervor just continued. When that has occurred, we pinch ourselves every time. But we work hard every day and we don’t take that for granted.

What are the company’s growth plans?

Our plan is to build 10 restaurants this year. We have a great plan to build deeper into current markets. We just launched in Las Vegas, which is a fund market. We’ll be launching in Austin, Texas. We’re going to be following up on the great start in Chicago and other markets.

Austin seems a bit of a different market for Shake Shack.

If you look at what we’ve done, we have quite a few of those opportunities around the country. There isn’t a major market in the United States that couldn’t have a Shake Shack, when you think about it. And Austin is a cool city with great people who love food. We’re looking forward to opening there.

Shake Shack and other brands have proven that consumers will spend more for better food at limited-service concepts. Why?

There is a huge shift in dining behavior. People are trading up from QSR. They’re trading down from casual. They’re meeting in the middle. That’s taking the best of fast casual. No one who went to Shake Shack would call us fast. But you’re sprinkling into that our fine-dining background. We’re working with small, artisanal, wonderful producers. We’re making sure our product is the best possible community gathering experience. It’s not about feeding people anymore. It’s not about perfect box-unit economics. We created this to support an art project in the park. I don’t know of anything more sincere than that.